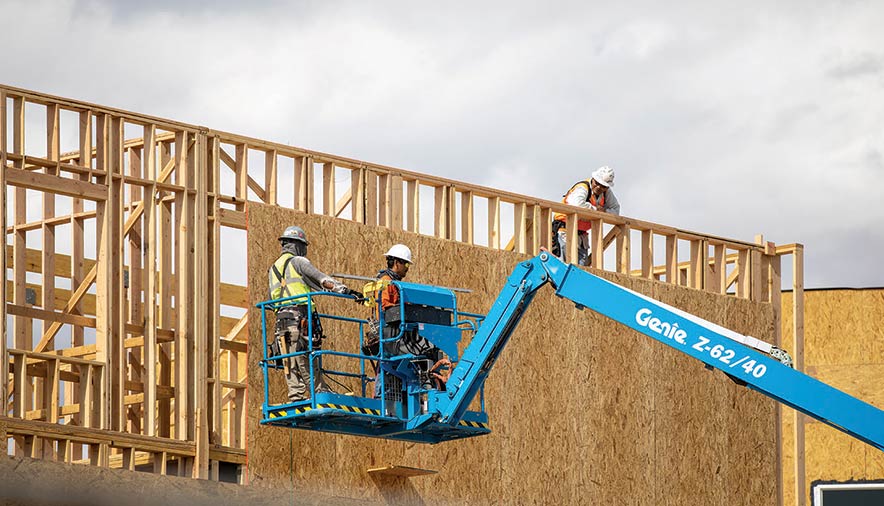 Two three-story office buildings, the first phase of a planned office, hotel and convention center complex, are on schedule and should be completed by the end of the year, the CEO of the Navajo Nation Hospitality Enterprise said Thursday.

However, skyrocketing costs for construction materials in the wake of the COVID-19 pandemic might affect the next phase, a third office building that is about to be put out to bid.

“It’s horrible,” said Stan Sapp in a telephone interview. “Things that were feasible six months ago aren’t today. But we’ll deal with that when the time comes.”

The current construction, he said, is under a fixed-price contract, so to put it bluntly, the price hike is “the contractor’s problem, not ours,” he said.

“But, of course, we’re sympathetic to them,” he added. “They’re going through a difficult time getting the supplies they need.”

The two buildings now going up are already reserved by the Navajo Nation Program for Self-Reliance and the Division of Behavioral and Mental Health. If all goes according to schedule, they should be able to move in next January.

“We already have a long waiting list for the third building,” Sapp said. “As you know, office space is hard to come by in Window Rock. We should have no problem at all filling it.”

After the office buildings are complete, the next phase will be an 82-room hotel and convention center.

After the new hotel is built, the Quality Inn, which is also owned by the enterprise, will probably be converted to executive suites or offices, Sapp said.

The project, once completed, is expected to draw $6.5 million a year to the Nation and employ 50 people.

The project is being built by Keyah Construction with Iron Rock Engineering as the engineer. NTUA is providing utilities and Native American Bank is financing it.

“We’ve been working on a plan for that area since 2013,” Sapp revealed. “We’re so happy to see it finally happening.”

The buildings are behind the Quality Inn.