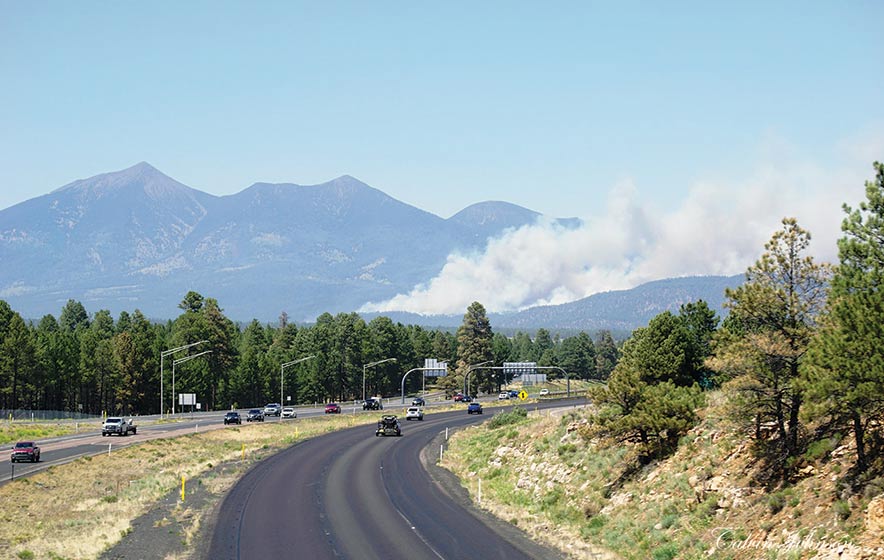 The Pipeline Fire exploded in size Tuesday, growing to more than 22,000 acres near Kinłání-Dook’o’oosłííd.

Officials said the Double Fire, which was first reported on Monday, merged with the Haywire Fire and grew slightly to 5,065 acres with no containment as of Wednesday.

But weather conditions have allowed fire crews to let some evacuees return to their homes.

The Pipeline Fire has grown to 22,888 acres and it is 33% contained, as of Wednesday afternoon.

Fire officials said Monday that firefighters are working to suppress and keep the fire from entering areas near communities, while deflecting it from Dook’o’oosłííd, the San Francisco Peaks, toward the northeast as it entered the 2010 Schultz Fire and recent Tunnel Fire burn scars.

Coconino National Forest officials said the wildfire was reported at 10:15 a.m. by a fire lookout. The Coconino County Sheriff’s Office responded to a report of a fire off Snowbowl Road, according to a statement from the county on Sunday.

Deputies described a white Chevrolet pickup truck leaving the area of the fire. A male suspect, identified as Matthew Riser of Louisiana, was detained until federal law enforcement officers from the U.S. Forest Service arrived.

Riser said he was camping when he spotted the wildfire, according to charging documents filed in court.

He was arrested by federal officers and booked into the Coconino County Sheriff’s Detention Facility for federal natural resource violations.

Riser told deputies he didn’t think the fire would smolder all night and did not see the “No Campfires” signs posted around the area.

The Coconino County Board of Supervisors declared a state of emergency.

Forest officials said air tankers were reassigned from other wildfire activity in the state and New Mexico as the Pipeline Fire became a priority.

Cameron Chapter President Charlie Smith Jr. said he was notified that the Arizona Department of Transportation closed U.S. Route 89 in both directions on Sunday.

“Here we go again,” said Smith as he watched the plume of smoke from his home in Gray Mountain, Arizona, that night. “The fire is moving fast.” 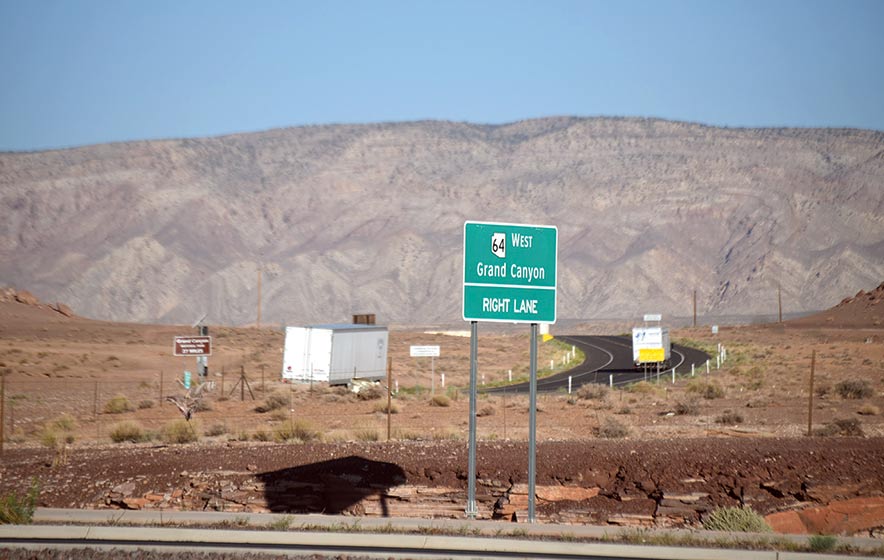 Coconino County District 5 Supervisor Lena Fowler said the road closures affect the entire region, including the 18 Western Navajo chapters and commuters who use the route daily.

“This fire is running the same path as the Tunnel Fire,” said Fowler. “The same people are ordered to leave homes – which means Navajos.”

Bashas’ in Tónaneesdizí said the road closures add 114 miles each way, from its distribution center in Phoenix to Tuba City.

The roundtrip distance on Route 89 is normally 462 miles, but the detour adds 228 extra miles.

“This is the second fire in the area north of Flagstaff this year,” said Ashley Shick, spokeswoman for Bashas’ Family of Stores. “However, we don’t recall having issues like this ever before.”

“Drivers are normally able to complete a roundtrip delivery from Bashas’ Distribution Center to Tuba City and back in nine to 10 hours,” Shick said. “The Highway 89 detour added about 13 hours to the trip, which factors in three additional hours of drive time and a required 10 hours of rest time.

“Both of our dry and refrigerated loads were dispatched at 5 a.m. and arrived at the Tuba City store around noon (Monday),” Shick added.

“The dry and refrigerated loads for our Bashas’ store in Kayenta were affected by the fire as well,” she said. “Drivers had to take a longer route to the Kayenta store by taking (Interstate 40) to Highway 191 in order to get to Highway 160 (in Kayenta). Our Kayenta store received their deliveries a little later than normal.”

Trucker John Wright was traveling to Phoenix when his trip was upended on Sunday night. He and other truckers spent the night in Gray Mountain.

Wright said he had to make a detour through the Grand Canyon to get his delivery to the Valley.

A “go” order for evacuation was issued for Schultz Pass Road, Arizona Snowbowl, and Timberline South of Brandis. Doney Park, Mt. Elden Lookout Road, and Mt. Elden Estates were in the direct path of the fire.

A “set” position means residents should begin preparing if an evacuation is issued.

Bret Axlund, chief deputy for the county, said Wednesday afternoon that more than 2,000 people have been evacuated.

A shelter has been set up at Twin Arrows Casino Resort in Leupp, Arizona, said Jared Touchin, spokesman for the president’s office.

Touchin said the tribe’s Department of Emergency Management team is at the resort.

“Twin Arrows is providing rooms for families that fall under the ‘go’ status, the ones who’ve been required to evacuate,” Touchin said. “Some of the families being housed at Twin Arrows are Navajo.”