Hospital staff protest, ask for CEO to step down 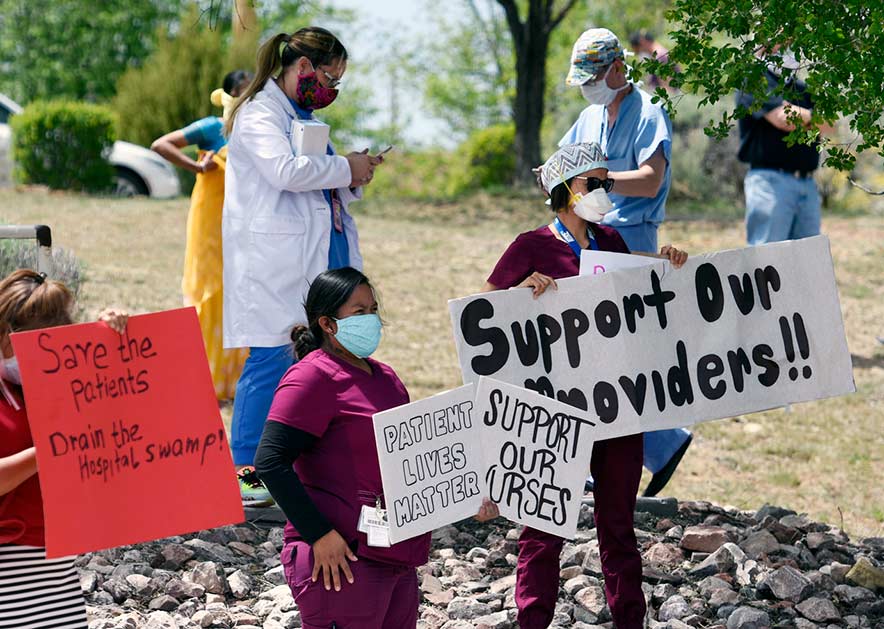 About 30 medical professionals from the nonprofit hospital held a protest on Friday afternoon. The reason, they said, was to bring to attention to RMCH CEO David Canejo’s incompetency to lead the second largest hospital in Gallup.

Doctors like Director of Community Medicine at RMCH Caleb Lauber, a Diné physician who’s been practicing for 27 years, said he was concerned while he joined the protest. 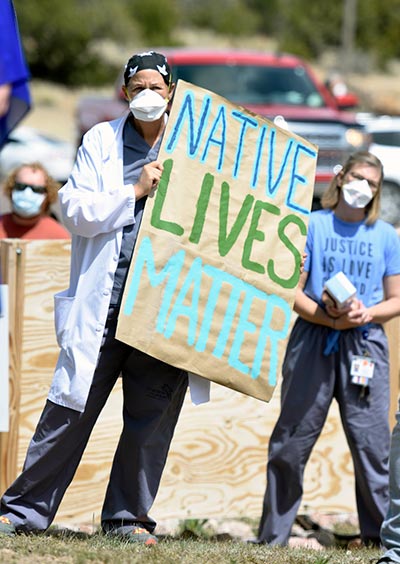 Lauber, who is Honagháahnii, born for Táchii’nii, from Houck, Arizona, said the communities the hospital serves were the ultimate victims because of audit and mismanagement discrepancies.

“I don’t want it to affect our Native peoples. I want to give excellent care and we can,” he said,

He said 76 percent of the money the hospital generates comes from Native communities.

Other doctors say Canejo made nearly $670,000 per year and has been poorly managing the hospital’s finances.

In addition, they said when he fired 17 contract nurses that forced the already severely understaffed hospital to care for more COVID-19 patients than they could handle.

Lauber said continued mismanagement eventually led to the hospital’s only critical care doctor to resign after repeated requests for more equipment and more nurses to help fight the coronavirus pandemic.

The requests were ignored or not addressed, he said.

“We’re currently struggling to take care of the patients,” Wangler said. “So we are out here today asking for the resignation by our CEO David Canejo.”

Wangler said Canejo went against the direction of the hospital’s chief nursing officer, who told him not to terminate the 17 nurses.

She added, Canejo fired the nurses, leaving them “severely understaffed.”

Medical equipment at the hospital was “very old,” she added.

Wangler went on to say Canejo repeatedly lied to the medical staff and did not respond to staff’s concerns. 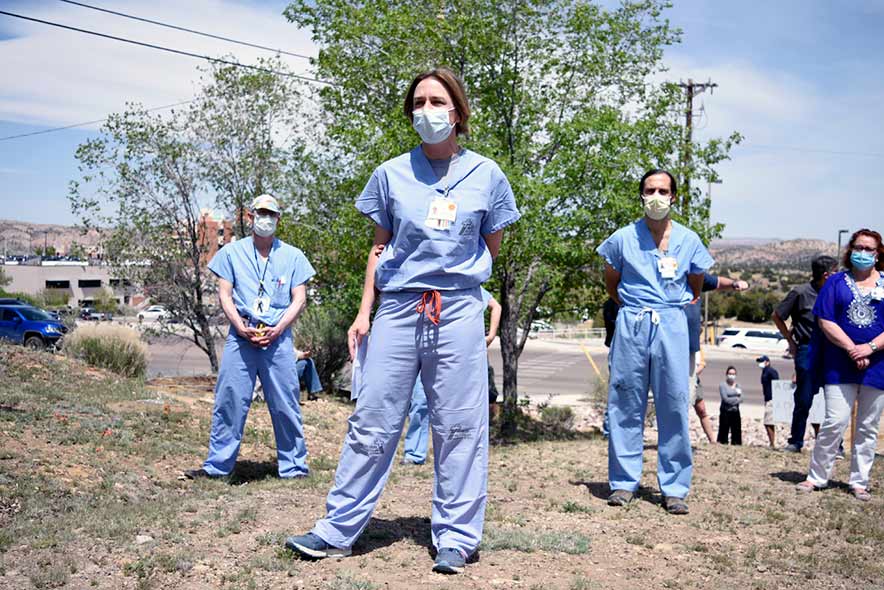 So the medical staff called a vote of no confidence, “expressing our lack of confidence in the CEO’s ability to manage the hospital,” Wangler said.

The no-confidence vote was presented to the RMCH Board of Directors on Thursday night during a special meeting.

“They were on the brink of leaving us in a community in the state with the highest COVID rate, I believe in the nation,” Munoz said, referring to several doctors threatening to resign and the critical care physician resigning.

“It’s critical we keep these people here,” he said. “Here’s my message: Dave Canejo, you’re my father’s friend. It’s time for you to go.

The Navajo Times reached out to RMCH for comment but they did not respond.