Lyman: Dividing county based on representation, not race

Utah State Rep. Phil Lyman, R-Beaver/Garfield/Kane/Piute/San Juan/Sevier/Wayne, said Friday he might be for dividing San Juan County into at least two counties, but not for the reasons people think. 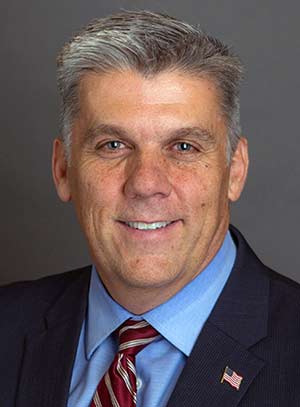 “People are creating the illusion of a divisiveness issue when we’re not really all that divided,” said Lyman, a former San Juan County Commissioner, in a phone interview.

“I see it as nothing but an increase in representation,” he said. “That’s what we fought for in the (American) revolution, right?”

He added, “It’s certainly not because of having two Navajo county commissioners, both of whom are my friends.”

For the first time ever, the newly elected county commission is two-thirds Navajo and Democratic, shifting a power balance that has been in place for decades.

Willie Grayeyes and Kenneth Maryboy were elected in districts that were redrawn late last year to redress what a federal judge referred to as “racial gerrymandering.” Bruce Adams, a bilagáana, kept his seat.

Lyman caught flak on social media this week after he came out in a Salt Lake Tribune article in favor of a bill sponsored by Rep. Kim Coleman, R-Salt Lake, that would allow communities to secede from existing counties and form their own. Present state law allows counties to split only after a referendum of voters on both sides of the proposed line.

Lyman argued a split might remedy the current situation in his hometown of Blanding, parts of which ended up in each of the three redrawn districts.

“Blanding was disenfranchised by the new districts,” Lyman said, “and that’s not just my opinion; you can look at the map and see it.”

The new districts were drawn after a court battle to give Native Americans, who constitute a slight majority in the county, more representation, which is why mostly white Blanding was carved up.

However, he said he wasn’t just thinking of his county when a Salt Lake Tribune reporter broached the subject of Coleman’s bill.

“The reporter brought it up, not me,” Lyman said. “I think all 29 counties in Utah deserve the chance to determine their boundaries. County boundaries don’t need to be etched in stone.”

“But I can see why it makes sense to Republicans,” he added with tongue in cheek, “since our president is in the business of building walls.”

He said talk of dividing the county is just the latest attempt by San Juan’s white Republicans to block duly elected Native American leaders from claiming the power they have been denied for over a century.

“The truth is they just can’t stand the sight of Native Americans in a leadership role,” he said, adding that he and Grayeyes are planning a trip to Salt Lake City Tuesday to lobby against Coleman’s bill.