Early Saturday morning, the parade route was brimming with people as they waited for the Northern Navajo Parade to start.

After being locked away in their homes, many people are finally excited to mingle with one another. 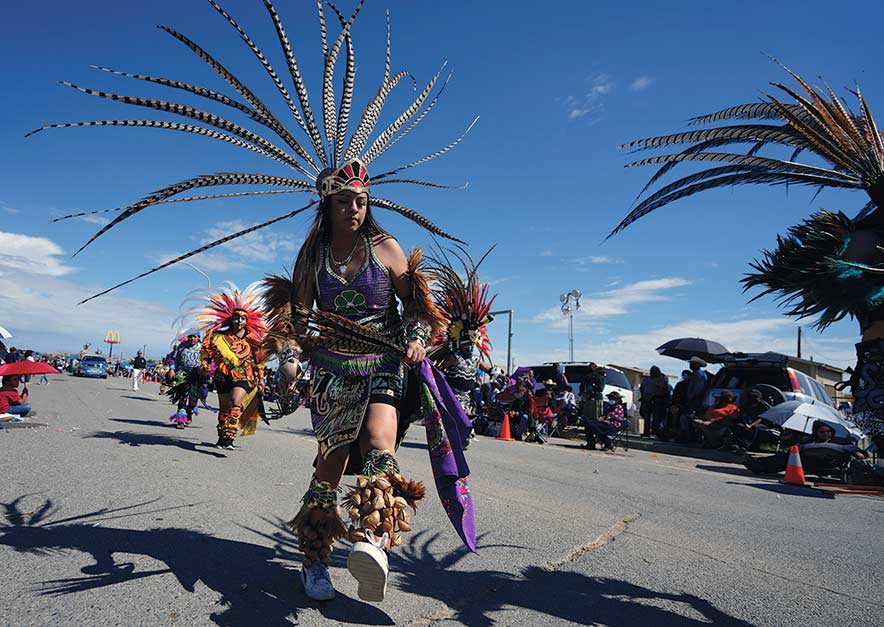 Christopher Begay, a Shiprock area fairgoer, said that while it is nice to be back at the Northern Fair, it is different this time.

“It feels great to be back,” he said.

Begay said the fair’s theme (Diné History, Harvest and Healing) this year encompasses who Diné are.

Before the pandemic, Begay said he would go to the fair often because he lived in the area. He even made it a point to return home from school to attend the fair this year.

“I actually go to school in Colorado State University, so I had to come back just for this since Covid and everything,” he said.

Begay believes fairs are essential to the Navajo people.

“I think it’s important because it kind of connects us as a Nation and as a people,” he said. “And it really also showcases what we’ve worked hard on, like harvesting, the yé’ii bi cheii, and stuff like that.”

Trudy Tso, an artist who usually sells at the Navajo fairs, said she was excited to return to the fairgrounds.

During the lockdown portion of the pandemic, she said she believed the fairs would not happen again.

She said before the pandemic, she would always try to buy clothes and other items from vendors at the fairs to keep her money on the Navajo Nation.

“When Covid hit, that kind of just took out everything,” she said. “It was bad because we couldn’t get things like corn pollen or even cedar; it was like you had to have it already.”

Now, people can buy things like that, and she believes that they are needed so it can help Diné who live away from home, return to the Nation.

However, she believes that some people are still hesitant to be in crowded places because COVID-19 is still lingering.

“I don’t like to be in big crowds, and that’s the whole fair,” she laughs. “The whole thing, so I kind of had to prepare myself for today to get through today mentally.”

Along with being excited about the fair, there are sad realizations that she has had.

“A lot of the old people are gone, and you can see it,” she said. “But I’m glad to see the ones that are here, you know.”

Despite this, she keeps a positive outlook on the return of the fairs.

“Everyone’s selling, the farmer’s market is open, everybody’s selling, and it’s really neat,” she said. “To me, it made me happy to see everybody dressed up; that’s what I love seeing.”