Navajo Transitional Energy Company will get $75 million in order to keep Four Corners Power Plant running, and unlike some of the enterprise’s previous dealings, Navajo leadership is aware of the deal.

PNM Resources is committed to end its use of coal and will stay on the trajectory of abandoning San Juan Generating Station in 2022, and wants to sell its 13% stake in the Four Corners Plant. NTEC currently owns 7% of Four Corners. 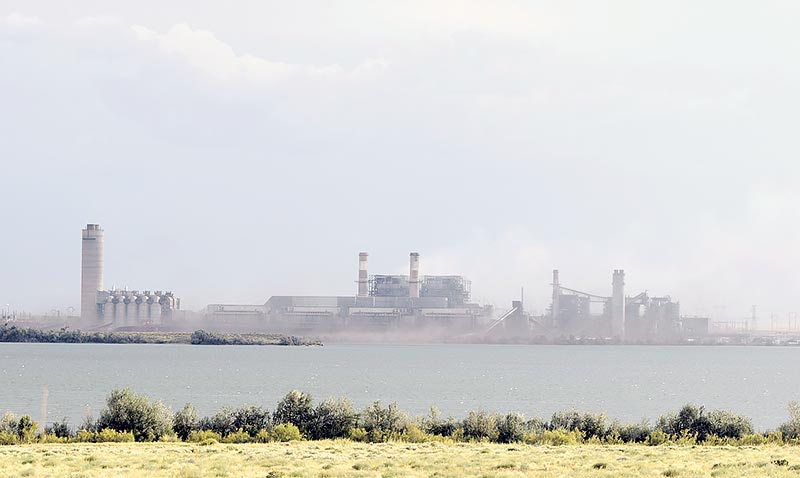 In the past, Navajo leadership has complained of NTEC making major purchases without informing the tribal government, but it’s clear both the president and speaker are aware of this deal. In an email from NTEC CEO Clark Moseley to President Jonathan Nez and Speaker Seth Damon, which was also sent to NTEC board members, Moseley gives an update of NTEC’s attempt to “seek, find, and finalize” an agreement to assume PNM’s power plant ownership on Jan. 1, 2025.

NTEC and PNM had originally agreed to find a third party to acquire PNM’s share of the plant. Later it was decided NTEC and PNM should proceed with transaction in order to meet PNM’s deadline to transition away from coal.

NTEC, meanwhile, owns the Navajo Coal Mine that feeds the Four Corners plant and would stand to lose the mine’s only current market — plus a lot of well paying Navajo jobs — if the plant closes.

It was only a year ago NTEC purchased Cloud Peak Energy Inc., which included three coal mines located in Wyoming and Montana. This purchase brought a surprised outcry from Navajo leadership, followed by months of discussion and presentations to Council defending the purchase.

After much indecision on the part of Council, President Jonathan Nez ultimately decided to terminate NTEC’s general indemnity agreement, which put up the tribe’s assets as collateral in the case of lawsuits or a failure to clean up after the mines.

But with this current venture it seems as though NTEC is at least keeping leadership in the loop. “NTEC’s only goal is to help facilitate an orderly and successful exit by PNM, thereby preventing a near-term loss of jobs and revenue to the Navajo Nation,” said Catie Kerns of Steward Solutions Inc., the media contact for NTEC, to the Navajo Times. “The existing Four Corners Power Plant owners have previously announced an expected closure of the plant in 2031. Ensuring FCPP can continue operating successfully until 2031 is completely aligned with NTEC’s charter and responsibility to preserve jobs and revenue for the Navajo people.”

Kerns added the contemplated deal does not increase the planned operating life of the facility and does not increase NTEC’s liability. Meanwhile, at the Cloud Peak Mines the outlook seems rather grim. With coal sales declining in the COVID-19 pandemic, NTEC laid off 80 miners at the Antelope Mine in Wyoming. These workers were furloughed in May. In April, 57 employees at the Antelope mine were laid off. In May 93 hourly workers were furloughed and eight salaried employees were laid off.

Of these 93 hourly workers furloughed in May, the company said some had retired or found other employment. The 80 furloughed workers that remained, waiting to return to work, recently received notice that the status of their employment had changed and they no longer had a job, reported the Casper Star Tribune.

In June, during a Naabik’iyati’ Committee work session, NTEC reported on the three mines, and when the question came up of how many workers at the mines in Wyoming and Montana are Navajo, NTEC General Counsel Bernard Masters said that is difficult to determine. “The typical designation that you can make as an employee as far as identifying yourself by race or ethnicities only provide if you are Native American or not,” explained Masters. “It does not provide tribal affiliation. One of the changes we have underway … is to expand choice available to our employees (to allow them to reveal their tribal affiliation on forms).”

Also at that meeting, Moseley denied reports that NTEC was behind on its taxes and royalty payments. He said they had come into agreement with counties, states and the federal government to establish payment plans, and they are up to date.

“We’ve never ever been behind on those taxes,” said Moseley. The amount of delinquent taxes that NTEC agreed to pay when they bought Cloud Peak Mines was $73 million. This is $2 million less than what they will receive from PNM if NTEC takes over Four Corners.

“We are on five-year payment plans on that full amount across all of the jurisdictions,” said Masters. “We are early in the payment plan. We are very much current with those payments. “Those were the delinquent payments owed by Cloud Peak,” he said, “we are fully current and up-to-date and have no payment plan associated with our existing and go-forward taxes and royalty payments as NTEC itself.”

In June, three months after the pandemic had hit the Navajo Nation, Moseley said the Cloud Peak Mines had lost $34 million in sales due to COVID-19.

President Jonathan Nez did not respond to questions at press time.