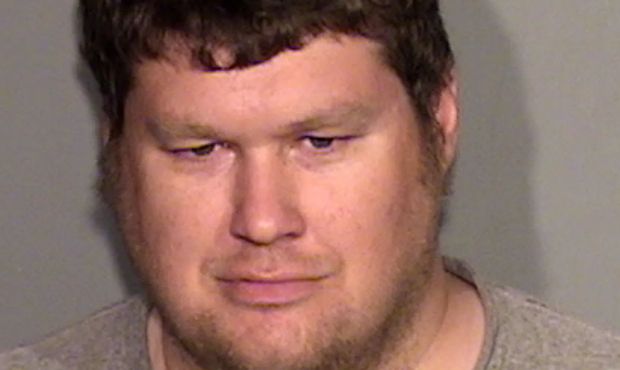 A Page resident was arrested shortly after a post on their Facebook page indicated threats to harm Diné who are “100% infected with the coronavirus.”

Daniel Drew Franzen, 34, was arrested on suspicion of attempting to incite an act of terrorism. It is unknown if Franzen made his first court appearance.

The Page Police Department was informed on Monday evening of a volatile Facebook post that appeared to have been published by Franzen. Franzen was arrested shortly thereafter and was booked into the Coconino County Jail on the Class 3 felony, which has a presumptive term of 3.5 years in prison.

“The post was threatening in nature and directed toward Navajo community members due to the suspect’s stated belief that all ‘Navajo’ are infected with COVID-19,” Page Police Detective Terry TerEick said in a statement. “An investigation was immediately opened.”

The Facebook post read, “Danger Danger if you see these Navajo any Where call the police or shoot to kill these Navajo are 100% infected with the Coronavirus and needs to be stopped leathel Force is Athoizied. Page Arizona do not needed this spreading stop these people in any way or form. The Navajo police are not taking responsibility.”

The post was deleted hours after it went viral.

According to local sources, Franzen has an intellectual disability and cannot control himself. He was a student at The Helping Hands Agency – a contracted provider for the Arizona Department of Economic Security’s Division of Developmental Disabilities – in Page, where he was reportedly difficult to control.

One man, who did not want to be named, said Franzen’s post was horrifying.

“My wife and children are Navajo. My in-laws are Navajo, all of whom I love with every fiber of my being,” he said. “Such insanity should not be tolerated.

“The community is already at maximum anxiety. Terroristic type threats, violence, etc. should be met with at the very least a wellness check by the local law enforcement agencies.”

The Page Police Department recognizes the alarming nature of this incident and shares the justified concern this behavior has caused the Diné community and to others, TerEick stated.

Page borders the Diné communities of Coppermine and LeChee. Diné from both communities, along with Bitter Springs, Bodaway-Gap, Kaibeto, Naatsis’áán, Tonalea-Red Lake, Ts’ahbiikin, and other Western Navajo chapters, commute daily from these areas to Page for work and to buy groceries and supplies. And Diné elders often spend their monthly Social Security income at the stores.

“The police department wishes to remind community members that unlawful hate speech, especially that which singles out protected classes (race, religion, gender, among others) will be aggressively investigated and violations will be prosecuted to the fullest extent possible,” stated TerEick. “Additionally, threats toward Franzen, as well as other retaliatory measures will be investigated in a like manner.”