Tsoodził fire not ‘out of control’ 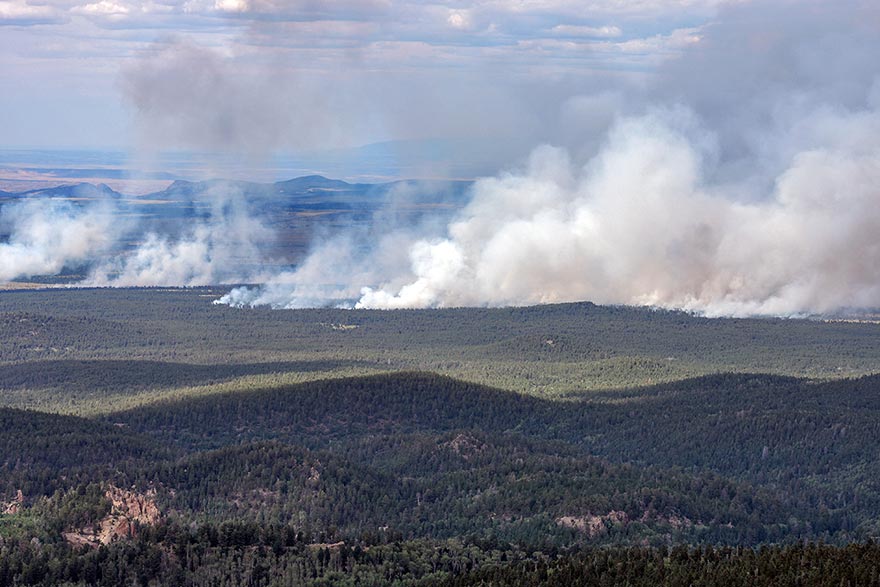 Navajo Times | Donovan Quintero
Smoke from the lightning-caused Triple Nickel Fire rises into the air on Thursday afternoon on Mount Taylor. The fire, which has become a controlled burn, has burned more than 2,800 acres since it started over two weeks. In an effort to help keep the mountain’s ponderosa pine forest healthy, aerial-aided fire ignition agents are being used to keep the fire burning, said the Mount Taylor Ranger District’s manger Alvin Whitehair.

The 2,900-acre-plus fire that is burning on the north side of Tsoodził is not out of control. 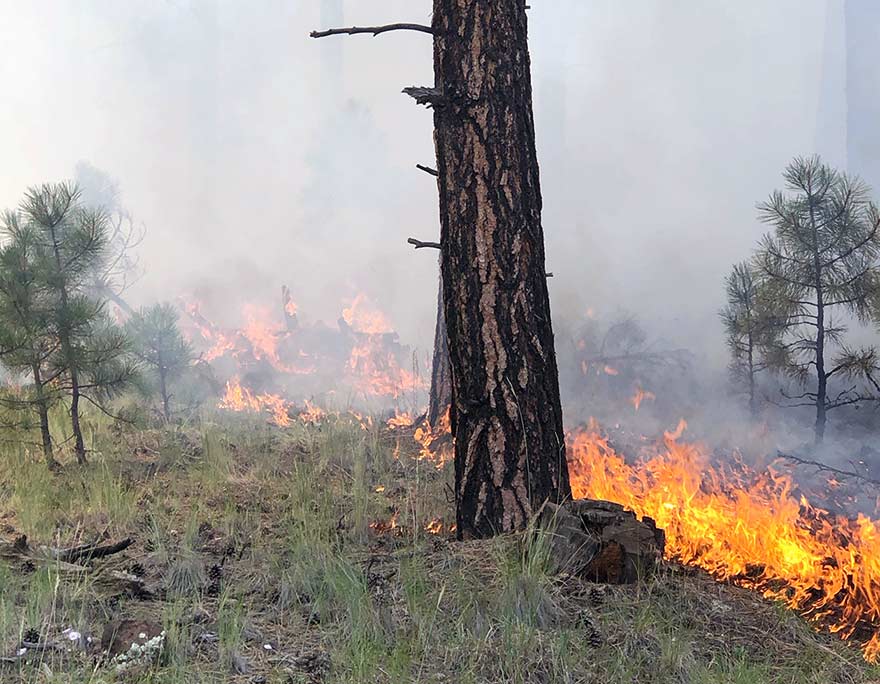 Called the “Triple Nickel Fire,” the lightning-caused blaze is being managed and officials are letting it take its course since nature started it.

According to Mount Taylor Ranger District Manager Alvin Whitehair, the fire started more than two weeks ago and is burning on damp ground.

Whitehair said to keep the forest’s foliage from becoming condensed, they have used a mix of tactics, like dropping ping pong ball-sized Plastic Spherical Dispensers, or PSDs, into the forest.

The PSDs are loaded onto a helicopter. Before release, a needle injects a chemical called ethylene glycol. A chemical reaction causes the “ball” to ignite. The PSD balls are used to help manage the fire on Mount Taylor. 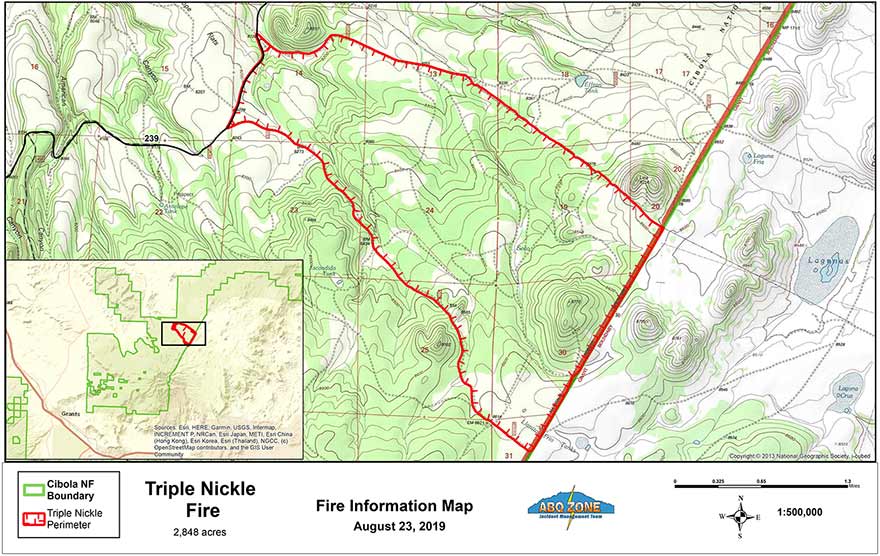 A map shows where the Triple Nickel Fire has burned on Friday.

“It looks like a wildfire gone out of control, but it’s actually under control,” Whitehair explained about the smoke, which could be seen from as far away as Gallup and Albuquerque on Thursday. “We have firefighters all around the perimeter and the soil is damp, enough to prevent the fire from going out of control.”

For added protection, a Type 3 fire team from Albuquerque was called in to help. As a professional courtesy, Whitehair said he keeps Grants and Cibola County officials informed of the controlled burn.

Monsoon rains have also kept the fire tamed. The National Weather Service forecasts some rain and thunderstorms for most of New Mexico, except for the northwest.

Whitehair said another monsoon is expected to arrive and when it does the Triple Nickel Fire will most likely be knocked out.

“If not, we’ll continue to manage it,” he said.