Utah and two of its counties are challenging the Biden administration’s designation of Shash Jaa’ and Grand Staircase-Escalante national monuments.

Utah’s attorney general, Sean D. Reyes, and 12 of its leaders claim President Joe Biden far overstepped his limited authority under federal law when he restored the sizes of the national monuments last year. 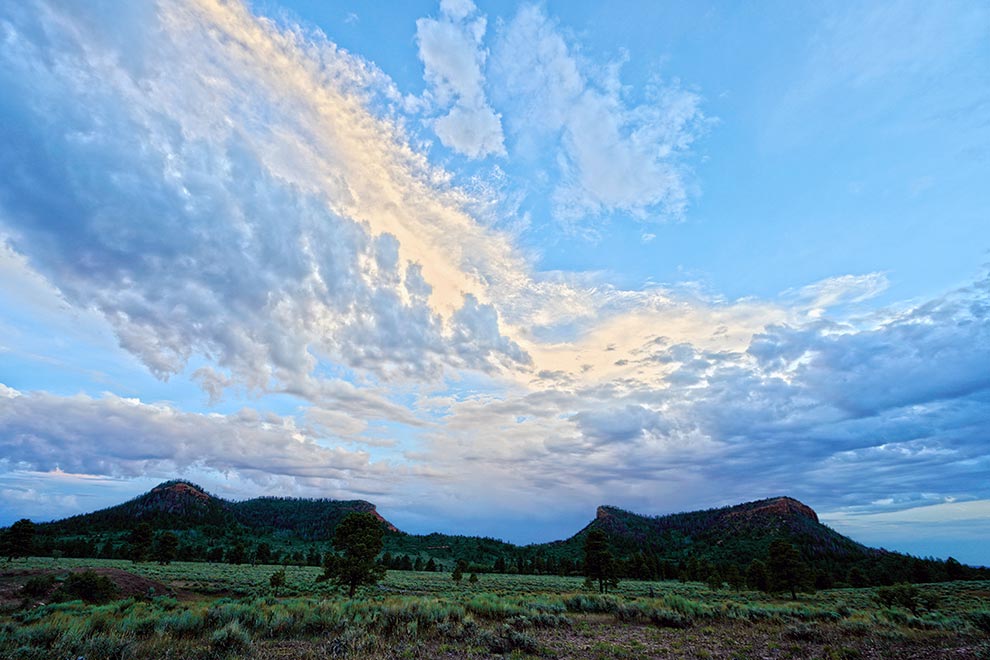 State and Garfield and Kane counties’ legal representatives told the court that Biden violated the Antiquities Act, a century-old law, as he reinstated the planned extent of the two monuments.

“These public lands and sacred lands are a stewardship that none of us take lightly,” the leaders wrote in a statement. “The archaeological, paleontological, religious, recreational, and geologic values need to be harmonized and protected.

“Rather than guarding those resources, President Biden’s unlawful designations place them all at greater risk,” they continued.

“The vast size of the expanded Bears Ears and Grand Staircase-Escalante (national monuments) draws unmanageable visitation levels to these lands without providing any of the tools necessary to adequately conserve and protect these resources,” they said.

The act grants presidents the authority to set aside landmarks and “other objects of historic or significant interest” but not to rescind or reduce them.

The group argues it doesn’t authorize declaring a monument based on just any landmark. They say the word “historic” is a critical adjective, and people have lost or ignored it to consider the act.

“The (act) does not authorize the president to draw boundaries around an enormous land area and then stitch together hundreds of items and features within those boundaries to try to reverse engineer and landscape-scape national monument,” according to the complaint.

“(The act) does not authorize the president to reserve quantities of land untethered to the ‘proper care and management’ of any qualifying landmark, structure, or object,” the lawsuit says.

The group argues Biden didn’t attempt to explain how 3.23 million acres constituted the “smallest area compatible with the proper care and management” of these supposed monuments.

They say Trump’s reduction proclamations explained that many of the things declared to be monuments in the original proclamations “are not unique to the monument, and some of the particular examples of these objects within the monument are not of significant scientific or historic interest.”

And that the original enormous boundaries were not the smallest area compatible with any qualifying landmarks, structures, or objects.

Trump’s rollback of federal land protections was a combined 1.11 million acres. Even though the reservations were substantial, the reductions freed up some 1.96 million acres.

The group says the amount of reserved land in Bears Ears and Grand Staircase is so massive that even the federal government does not know what it contains.

They say it demonstrates the group’s lack of meaningful and authentic consultation with the tribes.

The Bureau of Land Management, the U.S. Forest Service, and the five tribes which make up the Bears Ears Commission signed a cooperative agreement to implement the direction of the Biden proclamation on October 8, 2021.

The declaration requires the tribes and the federal agencies to manage and protect the Shash Jaa’ landscape.

The Southern Utah Wilderness Alliance stated that the political leaders are roughshod over those who live closest to the national monuments, especially the tribes that have lived there since immemorial.

The Utah group says a congressional solution would be the more effective path for conserving and managing Utah lands. And it would better guard the area’s resources by ensuring tribal access to sacred sites, providing federal agencies with the management tools and funding they need, channeling visitation into appropriate protected locations, and giving local communities funding and flexibility they need to thrive economically.

“We now challenge this repeated, abusive federal overreach to ensure that our public lands are adequately protected, and that smart stewardship remains with the people closest to the land,” they said.