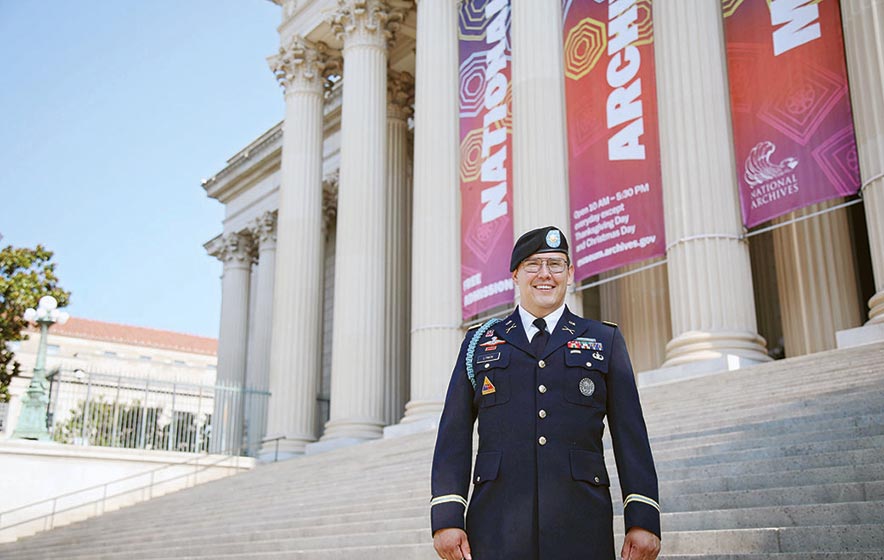 Maj. Riley Lynch of Sanders, Arizona, was commissioned as an infantry officer upon graduation from Northern Arizona University in 2011.

He attended Ranger school and airborne school and is a senior-rated jumpmaster.

He began his career assigned to the 3rd Battalion, 509th Infantry Regiment, 4th IBCT, 25th Infantry Division at Fort Richardson, Alaska, where he served as a rifle and heavy weapons platoon leader.

After graduation from the Maneuver Captains Career Course, Lynch was assigned to Fort Bliss, Texas, where he served as a brigade operations officer for 1st SBCT, 1st Armored Division, and deployed to Laghman Province, Afghanistan, in support of Operation Resolute Support.

From 2018 to 2019, Maj. Lynch completed Company Command while assigned to 3-41IN (SBCT). He was then assigned as an analysis officer for Joint Modernization Command a Fort Bliss.

He served as a small group leader at the Maneuver Captains Career Course. He is now attending Georgetown University, pursuing a master’s degree in applied intelligence.
Maj. Lynch is Táchii’nii and born for Honágháahnii.

He is the husband of Nicole Boswell Lynch and the son of Wayne Lynch and Rhonda Davis Begay.