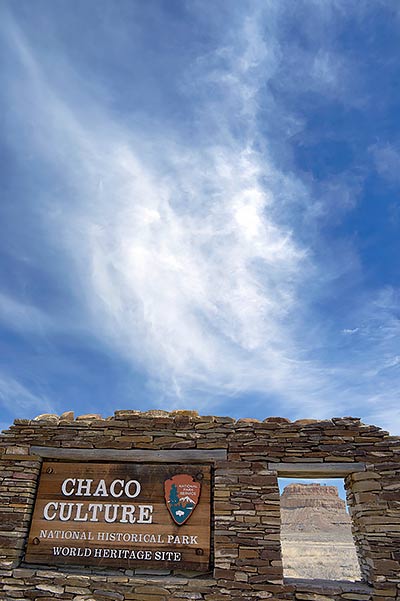 Clouds move across the sky and over the Chaco Canyon National Monument on Saturday, April 13, 2019.

Delora Hesase and a dozen other Nageezi and local community members believe they are being left out of the conversation when it comes to the Chaco Cultural Heritage Area Protection Act.

They spoke of need for the bill, which is sponsored by U.S. senators Tom Udall and Martin Heinrich (both D-N.M.).

The bill looks to withdraw the federal lands around Chaco Canyon from further mineral development by creating a 10-mile buffer zone around the ancestral Puebloan ruins preserved in the park.

Also New Mexico State Land Commissioner Stephanie Garcia Richard said she will sign an executive order to place a moratorium on all new oil and gas mineral leases on state trust land in the Chaco area.

But the oil and gas leases provide needed income for many Navajo families who have allotments near Chaco, and they feel they are not being considered.

“Are we so wrong for wanting oil and gas production?” asked Hesase, who is a member of the Nageezi and Lybrook Shi-Shi-Keyah Association. “Where is our president at? We haven’t even met with him and he’s agreeing with them. We don’t need a zone.”