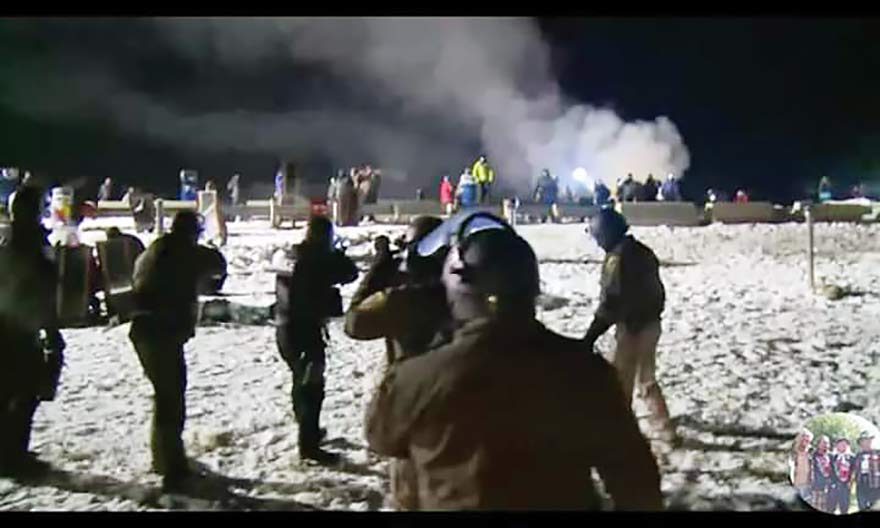 A Diné man who was shot in the face with a bean bag during the Dakota Access Pipeline protests in North Dakota is suing the city of Bismark, Morton County, Morton County Sheriff Kyle Kirchmeier and the individual officers involved.

The suit was filed July 18 in U.S. District Court for North Dakota. Marcus Mitchell, now 24, says he continues to be plagued by the effects of his injury and the incident was a violation of his First (freedom of speech), Fourth (unreasonable search and seizure) and Fourteenth (equal protection) Amendment rights. The suit also alleges a conspiracy between the various law enforcement units who fired on the protesters.

According to a press release from Mitchell’s attorneys, Mitchell was among about 200 protesters on Jan. 18, 2017, who were praying, chanting and beating drums.

“A group of law enforcement officers, including Bismarck police, Morton County sheriffs and North Dakota Highway Patrol troopers, were dispatched to the scene with 12-gauge ‘less lethal’ shotguns loaded with drag stabilizing bean-bag rounds,” states the release. “They were commanded to, and proceeded to, fire on the crowd.”