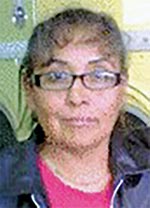 COOLIDGE, N.M. — Funeral services for Pearl Ration, 56, will be held Friday, Feb. 9, at 11 a.m. at the Elms Haven Church in Coolidge, New Mexico. Burial will follow at the Thoreau community cemetery in Thoreau, New Mexico.

Pearl attended Thoreau High School and was a self-employed silversmith. She enjoyed beadwork, spending time with her grandchildren, reading her Bible, cooking, watching NASCAR and the Dallas Cowboys. 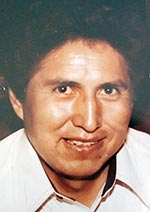 FLAGSTAFF — Funeral services for Charles Billie, 74, will be held Friday, Feb. 9, at 10 a.m. at the Church of Jesus Christ of Latter-Day Saints (625 East Cherry Ave.) in Flagstaff. Viewing will take place one hour prior to service at 9 a.m. Burial will follow at noon at the Arizona Veteran’s Memorial Cemetery Camp Navajo in Bellemont, Arizona.

As a member of the Navajo Tribe he served, devotedly, as a mortician in Tuba City, for many years. He assisted many families throughout the Navajo Nation.

Charles’ love and compassion for others will live on in the hearts of his family and his community. He was a devoted father, uncle and brother. He enjoyed life and was full of laughter.

A reception will take place at the church following services between the hours of 2 p.m. and 3 p.m. 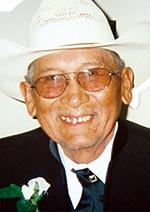 Johnny attended school in California up until grade school and worked railroad for 10 years. He was a proud member of the Native American Church and was an active member in his community.

Johnny loved working outdoors, driving his truck, selling snow cones and having a laugh with his wife, children, grandchildren and great-great-grandchildren.

French Funeral Home is in charge of arrangements.

TUBA CITY — Funeral services for Milton Brock, 53, will be held Saturday, Feb. 10, at 10 a.m. at the Tuba City Assembly of God Church in Tuba City, with Pastor Joel Cornelius officiating.

Brock is preceded in death by his mother, Geneva Brock.

The family will receive friends and relatives following services at the Tuba City Assembly of God Church Fellowship Hall.

Sonoran Skies Mortuary is in charge of arrangements.

Russell was born March 10, 1958, to Robert Lee and Florence Begay, in Winslow, Arizona, into the Tábaahá (Water’s Edge Clan), born for Tótsohnii (Big Water Clan). His nali is Tódích’íi’nii (Bitter Water); chei is Tl’ízí lání (Many Goats). He passed away Jan. 30, 2018, at his home in Dilkon, Arizona.

Russell is preceded in death by his parents, Robert L. Begay and Florence Begay Shields.

Greer’s Mortuary was in charge of arrangements.

Condolences can be sent to www.greersmortuary.com. 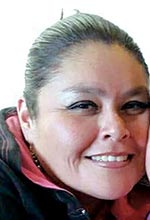 VANDERWAGEN, N.M. — Funeral services for Sharmaine Johnson, 40, of Albuquerque, will be held Friday, Feb. 16, at 10 a.m. at the Broken Arrow Bible Church in Vanderwagen, New Mexico, with a reception to follow.

During her life, she was in ROTC and Marine Academy at Grants High School, Grants, New Mexico, and later worked for the Indian Health Service for a short time.

Sharmaine attended classes at Central New Mexico University. She loved her two children dearly and all her family and friends.

Memorial contributions may be made at family donation meetings or contact 505-870-6832.