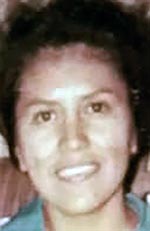 Lucy attended Albuquerque Indian School and received her LPN license on Oct. 31, 1962. She worked as an LPN for Indian Health Services in Gallup and Shiprock for 40 years, retiring in 2010.

Lucy was married to Thompson Begay from 1966 to 1973. They had three children, Valerie, Michael and Jonathan.

Shiprock Desert View Mortuary is in charge of arrangements. 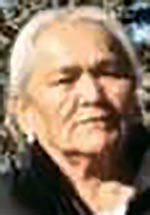 Helen lived on the Navajo Reservation in Inscription House, and had a great love for all of her children and grandchildren, and did all she could to help them. She disciplined anyone who was going the wrong path, telling them, “You don’t treat people like that.”

Helen was the caretaker for her grandmother and other seniors from the local area in Inscription House. She loved traveling, crossword puzzles, and was always willing to take you places. If she wanted something, she set her mind on her goal and achieved it.

The family wishes to extend their heartfelt gratitude for all the condolences, well wishes, prayers, and donations (monetary and personal).

Thank you to Valley Ridge Mortuary for providing the service. 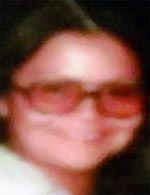 COLUMBIA, K.Y. — Maybelle Stanley, 68, passed on Jan. 4, 2021, at the T.J. Sampson Hospital in Glasgow, Kentucky. Graveside service will be postponed due to the COVID-19 pandemic. Announcement regarding a service will be determined at a later date.

Maybelle valued hard work, was proud of the jobs she held, and gladly retired. She loved her children, grandchildren, great-granddaughter, and everyone in the walks of her life.

Maybelle loved sharing words of encouragement, uplifting her loved ones, long walks, and most of all, spending time with her family.

A Celebration of Life Ceremony will take place sometime in 2021 when it is safe to gather, in order to keep all her loved ones safe.

A.F. Crow and Son Funeral Home, Inc., is in charge of arrangements. Contributions can be made to Venmo: “@Maybelle-Stanley” and at https://everloved.com/life-of/maybelle-stanley/

Maybelle’s children and family humbly thank everyone for the prayers and blessings. She will forever be in your hearts. 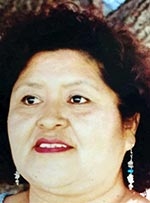 Susie attended elementary boarding school in Wide Ruins, Arizona, and graduated high school from Intermountain Indian School in Brigham City, Utah. She had fond memories of her high school years at Intermountain, including her favorite hangout at the Artic Circle getting snacks to share with friends.

Susie worked as a dietician assistant for the Phoenix Indian Medical Center and retired after 20 years of government service.

Susie was the “baby sister” of six girls. As such, her sisters lovingly teased her as being the spoiled brat. She always had a smile and a story ready, and she also had a great sense of humor and sharp wit.

Susie loved to travel, and traveled extensively across the United States, Canada, and Mexico. She loved road trips and camping in remote areas and has visited many national parks from California to Maine, including Hawaii.

Susie is an aunt to many nieces, nephews, and grandmother to many. She left her family and friends after living a full life and left them with colorful fond memories.

No donations at this time. Due to COVID-19, burial will be announced in late summer of 2021. 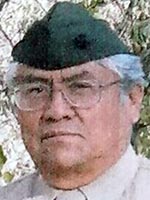 KIRTLAND, N.M. — Funeral services for Woodrow Dixon, 78, of Shiprock, will be held Saturday, Jan. 16, at 12 p.m., at Cope Memorial-Kirtland in Kirtland, New Mexico. Viewing will take place one hour prior to service at 11 a.m. Burial will follow at the Kirtland/Fruitland Cemetery.

Woodrow married Victoria Reeves-Dixon in Shiprock, and enlisted with the Marines on July 27, 1963, and was discharged July 26, 1967. He was a veteran of the Vietnam War where he served from 1964-1966 as a combat Marine.

Honorary pallbearer will be Leonard Wayne.

The family of Woodrow wishes to extend their sincere thanks to Cope Memorial-Kirtland and the staff at NNMC in Shiprock.

Arrangements are by Cope Memorial-Kirtland. 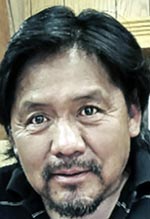 GANADO, Ariz. — A memorial service for Raymond “Bobo” Charles, 60, of Ganado, Arizona, will be held Monday, Jan. 18. He will be laid to rest at the Kinlichee cemetery in Kinlichee, Arizona.

Raymond was born Nov. 13, 1960, to Sam and Martha Charles, at the former Fort Defiance Hospital. He was born into ‘Áshįįhí (Salt People Clan), born for Naakai dine’é (Mexican Clan). His maternal grandmother is Nát’oh Táchii’nii and paternal grandfather is Kinyaa’áanii (Towering House). He passed away peacefully Dec. 30, 2020, at the Valleywise Health Medical Center in Phoenix, due to complications from COVID-19.

During his lifetime, Raymond attended several schools, including Ganado Public School, Chuska Boarding School, and participated in the LDS placement program in Orem, Utah. Because he enjoyed working with his hands, he went on to receive a heavy equipment operator certificate from a vocational trade school in Provo, Utah. After receiving his certification, he worked in various construction trade positions throughout the Southwest.

Many will remember Raymond by his unique sense of humor and how he made those around him laugh. Fondest memory of Bobo was the time we all walked over to the nearby hill while dragging a vintage truck hood to use as our makeshift rez sled. As we struggled to haul the hood to the top, we made Bobo and his youngest brother sit toward the front since they didn’t know any better. Of course, Bobo was never fooled a second time for a front row seat. This episode brought new meaning to “Boyz On The Hood”.

It is our wish that Bobo finds beauty in his spiritual walk. 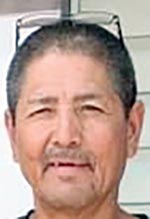 SAWMILL, Ariz. — Graveside service for Stephen Wayne Nozie Sr., 56, of Fort Defiance, will be held Friday, Jan. 15, at 10 a.m., at the family plot in Sawmill, Arizona, with Arthur Moore officiating.

Stephen was an avid outdoorsman who loved hunting, fishing, camping, hauling wood, and being out in nature. He loved building things and repairing vehicles with his knowledge, talents, and love of carpentry/construction, art, and auto mechanics.

Stephen is preceded in death by his father, Timothy L. Nozie of Bylas, Arizona; stepfather, Raymond Watchman; and grandparents, Marie and Sam Billie of Sawmill.

Due to the COVID-19 pandemic, there will be no reception. 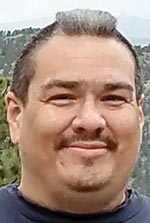 ALBUQUERQUE — Carl Bert Snyder, 49, of Albuquerque, departed to the heavens on Dec. 25, 2020, in Albuquerque. He was born Jan. 14, 1971, in Saint Helens, Oregon, born into the Yurok Tribe nilį́, born for Bééshbichʼahii bi (German) yáshchíín. He was of Yurok Tribal descent.

Carl was a brilliant soul. Whenever he met a new person, they would comment, “I feel like I’ve known you for years, but we just met” and he would reply, “Right brother, you are my brother.”

Carl was a rare one. He never allowed his fiancée, Glenda Shirley, to open her car door or any door and never let her pay for things; it was always, “Woman, put it away (her wallet)”.

Carl went to Glenda’s father and her children and asked if he could marry her. When he asked her she said, “Yes!” That was after he gave her family a firework show and barbecue on the 4th of July. He planned it all by calling her extended family members to be there when he proposed.

Carl changed her life and showed her a world of self-worthiness. He was very proud to share that he was a Yurok Tribal member, as he announced it as “You Rock” in his baritone voice. He came from a legacy of traditional canoe makers and traditional basket weavers on his maternal grandparent’s side.

A traditional Yurok funeral proceeding will take place in Hoopa.

A Celebration of Life will be announced at a later date.

Genevieve graduated from Sherman Indian School in Riverside, California, and retired from the Bureau of Indian Affairs School as a home living assistant. She loved reading her bible in the Navajo language and being among her family. She enjoyed cooking, sewing projects, knitting, and traveling with children and being among her grandchildren.

There will be no reception, due to COVID-19.

Timothy enjoyed spending time with his family and friends, welding, and playing his drums for the Lord in church.

A curbside reception will take place at the Curley residence in Ganado, following service. Relatives and friends must wear a mask and stay in their vehicle.

Tobie was born in July 1975 in Gallup, into the Tó’áhaní (Near the Water Clan), born for Kiyaa’áanii (Towering House Clan). He passed away Jan. 7, 2021, in Cedar Point, Arizona.

Tobie graduated from Valley High School in Sanders, Arizona, in May 1994. After high school, he enlisted in the U.S. Navy from November 1994 to August 1997 with an honorable discharge.

Tobie enjoyed spending time with his daughter and his family. He was a true jack-of-all-trades and a well-respected veteran in the community.

Tobie was an avid Denver Broncos and Los Angeles Lakers fan. He will be dearly missed and will always have a huge impact on his daughter and family.

Tobie is survived by his daughter, Cheyenne Matt of Albuquerque; parents, Carol and Roger Matt; siblings, Ardriane, Amber, Brian, and McKenna; and three nephews and one niece.

A curbside carryout reception will take place at the Houck Chapter House, following service. The family asks that everyone follow social distance guidelines.