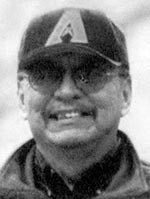 Burial will follow at the Santa Fe National Cemetery.

Benjamin was born May 30, 1942, in Star Lake, into the Tsénjíkiní (Honey Combed Rock People Clan), born for Naaneesht’ézhi Táchii’nii (The Charcoal Streaked Division of the Red Running Into the Water Clan). He died March 2, 2018, in Flagstaff.

Benjamin graduated from Cuba High School in 1961 and attended Diné College, graduating in 1996. He was employed as a mental health counselor at Indian Health Services in Fort Defiance, retiring in 2007.

Benjamin was a roadman with the Native American Church and served on the Fort Defiance Veterans Honor Guard.

A reception will take place at the Santa Fe Church of Jesus Christ of Latter Day Saints following services.

Daniels Family Funeral Services is in charge of arrangements. 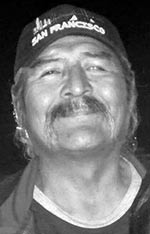 GALLUP — Funeral services for Larry Brown, 65, will be held Friday, March 9, at 10 a.m. at the Gallup Church of Christ (1000 E. Green). Burial will follow at Sunset Memorial in Gallup.

Larry was an all-around handyman and was employed as a dental assistant at Wingate Dental.

Larry is survived by his daughters, Sylvania Brown, Salina Brown and Sheila Brown; and 12 grandchildren. 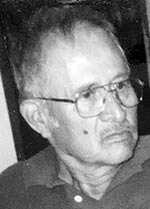 Viewing will take place one hour prior to service at 9 a.m. Burial will follow at the old Leupp Presbyterian Cemetery.

Johnny was left motherless shortly after birth, so his father, Herbert Kelly (deceased), gave him to James and Elvira Thompson to raise, both of whom predeceased him. He loved them both very much and never forgot them.

Johnny was of the Áshiihí (Salt People Clan), born for Tsé deeshgizhnii (Rock Gap Clan). His chei was Tl’ízí lání (Many Goats); nali was Hashk’aa hadzohí (Yucca Fruit-Strung-Out-In-A-Line). He passed away peacefully Feb. 25, 2018, in Payson, Arizona, as his wife and oldest daughter held his hands. Johnny started school and started learning English when he was 12 years old.

A carpenter by trade, he was a much loved and respected member of the Leupp community. He served his family, church, friends and community in several capacities: lay preacher, chapter president, school board member for Leupp Schools, Inc., and elected tribal grazing official. He was grazing official at the age of 73 when he fell in the corral and suffered traumatic brain injury.

Arrangements are being handled by Greer’s Mortuary of Winslow, Arizona. 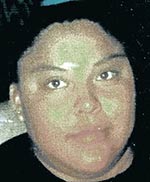 Personna graduated from Wingate High School and was employed as a CNA. While majoring in early learning she was a cook for Becenti Head Start. Personna loved to smile, joke, laugh, listen to music, do puzzles and spend time with her children and her dog, Krazy Bone. 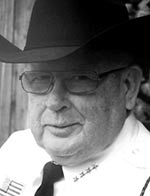 SANDERS, Ariz. — A memorial service for David Graham Murray, 83, was held March 3 at the Sanders Church of God in Sanders, Arizona.

David served his country in the United States Marine Corps as a sergeant from 1953 to 1956 and was in law enforcement for 20 years. He served as Apache County sheriff and board chairman for the Puerco Valley Fire Station. His favorite team was the Pittsburgh Steelers and he loved fishing.

To leave an online condolence for David’s family, visit www.burnhammortuary.com.

REHOBOTH, N.M. — Funeral services for Leon F. Kirlie Sr., 81, will be held Friday, March 9, at 11 a.m. at the Rehoboth Christian Church in Rehoboth, New Mexico. Burial will follow at the Rehoboth cemetery.

Leon was a well-known silversmith. He served in the U.S. Air Force and worked for the Navajo Police Department for 17 years.

Desert View Funeral Home was in charge of arrangements.

Ella was a homemaker and a strong, loving and outspoken Navajo woman. She enjoyed weaving rugs, sewing and spending time with her family and grandchildren.