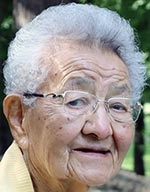 Eleanor attended Riverside Indian School in Anadarko, Oklahoma, and graduated with the class of 1951. She continued her education at the Kiowa School of Practical Nursing in Lawton, Oklahoma, and received a diploma in practical nursing in 1952.

In 1953, Eleanor started her career with the Fort Defiance Indian Hospital for 41 years, retiring on Jan. 3, 1995. She participated in many Christian church activities and enjoyed tending to her livestock and spending time with her family, especially her grandchildren and great-grandchildren.

A reception will take place at the Community Bible Church in Tse Bonito, New Mexico, following services at 12:30 p.m. 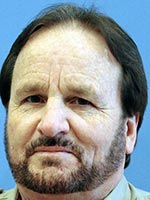 KIRTLAND, N.M. — Funeral services for Jeffery Steven Manning, 62, of Kirtland, New Mexico, will be held Friday, Nov. 18, at The Church of Jesus Christ of Latter-day Saints Chapel in Kirtland. Burial will follow in Durango, Colorado.

Jeffery worked at Manning’s That’s-A-Burger, The Rock Storage, and Shiprock Powerwash. He enjoyed supporting his grandchildren in all their activities.

Jeffery is preceded in death by his father, James Omer Manning.

Farmington Funeral Home is in charge of arrangements.

Irene was a housewife and rancher who loved her children and enjoyed spending time working her livestock and visiting with family.

Gerald, a traditional medicine man, was born June 21, 1939, in Ganado, Arizona, into the Honágháahnii (One-walks-around Clan). He was born for Tábąąhá (Water’s Edge Clan). He passed away Nov. 11, 2022, in Glendale, Arizona.

Gerald is preceded in death by his parents, Mary Ann and Clayton Begay.

Following service, a drive-thru reception will take place at the Begay’s residence in Steamboat.

Gregory was employed in tiling/flooring and construction.

Gregory is survived by his daughter, Riley James Kayonnie, and sister, Crystal Kayonnie.

Gregory is preceded in death by Christine Kayonnie, Gary Kayonnie, and Daniella James.