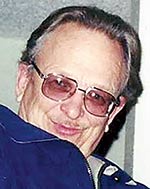 Verner was born in El Campo, Texas, the son of Vagn and Gerda Duus. He died Oct. 15, 2017, at the Kaseman Presbyterian Hospice Care Unit in Albuquerque, following an extended bout with cancer.

In his early years, Verner traveled with his family and father, who was a Lutheran minister, living in several places such as Nebraska, Minnesota and Iowa.

He attended the University of Utah and graduated with his master’s degree in Indian education.

Verner spent two years in India volunteering for the U.S. Peace Corps. One of his fondest memories was living and teaching in the Upper Peninsula of Michigan. Verner taught elementary school at Red Mesa for a few years before he took a position as the Indian education director for the state of New Mexico. He worked closely with the Navajo Nation during his early professional career teaching on the reservation and helping to establish the Navajo Area School Board Association in Window Rock.

In 1987, Verner relocated with his family to the Washington, D.C., metro area where he took a position at the U S. Department of Interior as director of the Self-Governance Office in Indian Affairs.

In his later years, he worked as a private consultant in pan-Indian Affairs.

Verner was an avid seaman and captain of his own yacht, the Stargazer. He enjoyed being a member of the Tantallon Yacht Club in Fort Washington, Maryland. He enjoyed playing various sports throughout his years and was an expert writer and loved to read.

Verner is preceded in death by his brother, Erling Duus; and sister, Sybil Needham.

Family and friends are invited to bring an item for a family-style potluck, as well as an artifact for the memorabilia table.

GALLUP — Funeral services for Kee Yazzie Shoe, 82, will be held Friday, Oct. 20, at 2 p.m. at Rollie Mortuary in Gallup. Burial will follow at the Gallup City Cemetery.

Kee was a professional sheepherder who loved spending time with his family.

Kee is survived by his daughter, Genevieve Richey and husband, John Richey; brothers, Eddie Shoe and John C. Yazzie; sister, Sadie Thomas; and five great-grandchildren and numerous nieces and nephews. Pallbearers will be family members. Rollie Mortuary is in charge of arrangements. 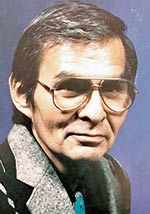 GALLUP — Funeral services for Lee Moore, 77, were held Oct. 13 at Rollie Mortuary in Gallup. Interment followed at the Sunset Cemetery.

Lee attended Intermountain Boarding School until 1959, relocating to San Francisco, where he worked as a corrugated specialist. He also worked at Bashas’ and Imperial Mart in Chinle.