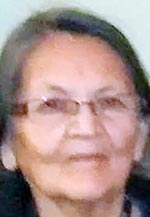 Linda was employed at the Amazing Grace Home Health Care and retired as a Community Health Representative.

Linda is preceded in death by her parents, Victoria and Tony Livingston; and children, Marcus Begaye, Louise Begaye and Samantha Begaye. 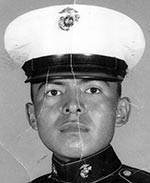 Dickie attended Wingate High School and transferred to Fort Sill in Lawton, Oklahoma, where he enlisted in the Marine Corps and received his high school diploma. He served in Iwo Jima and after four years in the Marine Corps he was honorably discharged.

Dickie worked as a welder for PCNM Construction, United Nuclear, Kerr McGee, and in other states such as Pennsylvania, Texas and California. He enjoyed taking care of the family ranch in Standing Rock, doing carpentry work, and serving as a spokesman for the Standing Rock community and Tse’ii’ahi Senior Council.

A reception took place at the family home in Standing Rock, following services. 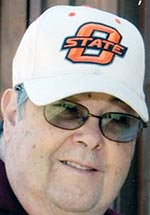 WINSLOW, Ariz. — Johnny Leon Butler, a loving and devoted husband, father, grandfather, and great-grandfather graduated to the larger life and left this earthly plane in the comfort of loved ones, on Aug. 20, 2022, at the age of 82.

Johnny was born in Pawnee, Oklahoma, on Nov. 20, 1939, to Miller C. and Cynthia Ellen McCombs Butler.

Johnny, a member of the Wyandotte Tribe of Oklahoma, was raised and educated in Newkirk, Oklahoma. He was active in many sports during his high school years and graduated from Newkirk High School.

Johnny married his high school sweetheart, Helen Butler, shortly after graduation and the two of them then moved to Guthrie, Oklahoma, where Johnny worked and attended Central State College in Edmond, Oklahoma, pursuing studies in business administration.

Johnny and his family moved to Winslow, Arizona, in 1961 where Johnny worked various jobs and owned businesses, including a Montgomery Wards Catalog store, where, in 1969 he was named Agent of the Year. In 1970, he was subsequently honored for being responsible for the Montgomery Ward Store with the highest volume of sales in the southwestern United States.

Johnny, who lit up any room that he entered and was fond of giving everyone he knew a nickname, was a volunteer firefighter, active in Kiwanis, the local Elks Lodge, Rotary where he was a Paul Harris Fellow, the Masons where he attained the designation of 32nd-degree Mason, and the El Zaribah Shriners.

In 1973, Johnny was named to fill a vacancy on the Winslow City Council where he served until 1976 when he ran for the position of Navajo County Supervisor and won. He served as county supervisor until he was appointed to the position of Justice of the Peace in 1989.

While on the City Council, Johnny worked to help improve Winslow’s water system, the Winslow Police-Court Complex, worked for the improvement of the city’s ballparks, worked for improvements at Clear Creek, devoted significant time to the development of the county library, and was instrumental in guiding and overseeing the City of Winslow’s budget.

Johnny was very proud of his service to Winslow, but was the most proud of working with the Council to ensure that the city police and firefighters received retirement benefits.

Johnny worked diligently to improve the parks in Navajo County and was rewarded for his efforts by the National Association of Country Park and Recreation officials with a Distinguished Board of Commission Member award.

With Johnny’s work and guidance, the parks’ budget increased over 700 percent and allowed for an expansion in the amount of parks available for public enjoyment. While serving as a county supervisor, he was also president of the Northern Arizona Council of Governments.

Johnny retired from public service in 1998. In retirement, he enjoyed traveling around the country, playing video poker, was a staunch supporter of all Winslow Bulldog sports, and enjoyed watching high school and professional sporting events.

In keeping with Johnny’s wishes there will not be a funeral or memorial service. The family asks that if you would like to honor Johnny’s memory that you can choose to donate to either the Rotary Youth Scholarship Fund or a scholarship fund that will be set up in his honor at Winslow High School for Native American athletes attending college or university.

Donations to Rotary should be sent to: 104 W. Hillview, Winslow, AZ 86047, Attn: Kevin Coolidge, with a notation that the donation is being made in his honor.

Memories and condolences can be shared online at www.norvelowensmortuary.com. 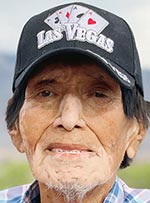 SHIPROCK — Funeral services for Jonas Mastach, 80, of Navajo, New Mexico, will be held Saturday, Sept. 3, at 9 a.m., at the Christ the King Church in Shiprock, with Father Pat McKinet officiating. Burial will follow at the family plot in Red Mesa, Arizona.

Jonas attended high school at Intermountain and was a Navajo Nation Council delegate for Mexican Water Chapter and Red Mesa Chapter from 1972 to 1983. He also worked for Navajo Nation Broadcast Services and served as Red Lake Chapter president, school board member, and was currently on the Farm Board with Red Lake Chapter No. 18.

Jonas enjoyed hunting, song and dances, traveling, spending time with his family and grandchildren, and helping the community.

Jonas is preceded in death by his daughters, Melissa Mastach and Cheryl Sloan; nephew, Robert Dee; and sisters, Stella Scott and Bessie Dee.

Jonas is also preceded in death by his parents and five brothers.

A reception will take place at the Red Mesa Fellowship Hall, following services.