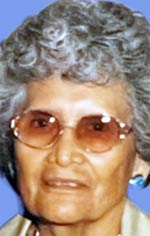 FLAGSTAFF — Funeral services for Ardith Chase Curley, 96, will be held Saturday, Sept. 17, at 10 a.m. (MST) at the NPHX Church (3400 E. Lockett Road) in Flagstaff. Burial will follow at the Citizens Cemetery in Flagstaff.

Ardith went home to be with her heavenly Father on Sept. 5, 2022. She spent many years in ministry from 1960 to 1990 working with Flagstaff Mission to the Navajos.

During her time in ministry, Ardith worked helping many of her Navajo people through grief, family struggles, and through disciplining and mentoring by providing classes and one-on-one training in building strength through her lessons in strengthening individual and family foundations.

Ardith will be missed by many of her friends, family members, and loved ones.

Ardith is preceded in death by her husband, Reuben Curley Sr., a World War II veteran, son, daughter, and great-great-grandchild. 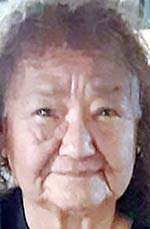 Dorothy graduated from Gallup High School and was employed at Gallup Saddle Shop, where she was well-known for making custom-made chaps.

Dorothy is survived by her daughter, Veronica Long; sisters, Marie Howe and Irene Little; and one grandchild. 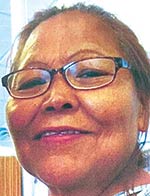 GANADO, Ariz. — Graveside service for Sandra Ann James, 59, of Ganado, Arizona, will be held Friday, Sept. 16, at 10 a.m., at the Ganado community cemetery. 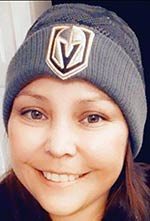 Jana attended elementary and junior high schools in Farmington and St. Michaels, Arizona, graduating from Window Rock High School in May 2003 and from Arizona State University in December 2015.

Jana is preceded in death by her grandparents, Eddie Scott of Rabbitbrush, and Alice and Thomas Notah of St. Michaels.

The family will receive relatives and friends following the memorial service at the Ascend Church Tempe.

Wyman Cremation-Burial Chapel of Tempe is in charge of arrangements.

Laura was born July 10, 1952, in Lukachukai, into the Ta’neeszahnii (Tangle Clan), born for Naakai dine’é (Mexican Clan). Her nalí is Kinłichíi’nii (Red House People); cheii is Táchii’nii (Red Running Into the Water People). She passed away Sept. 9, 2022, in Scottsdale, Arizona.

Laura is survived by her sister, Delta Harvey, and three grandchildren.

Desert View Funeral Home is in charge of arrangements.