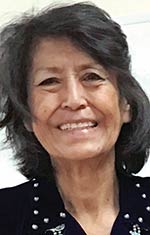 PAGE, Ariz. — Pauline Goodman Mooring, a retired teacher of Page Unified School District and Shonto Preparatory School, passed away July 31, 2020, at the age of 67 in Phoenix.

Pauline was born Feb. 23, 1953, in Inscription House, Arizona, to Billie and Mary Goodman.

Pauline enjoyed reading, beading, sewing, painting, crafting, and traveling. She was a member of the LDS church.

Pauline will be dearly missed by all who knew and loved her.

A Celebration of Life will be held at a later date.

Services were arranged with Mosdell Mortuary of Kanab, Utah. 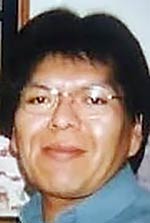 Chris was born May 8, 1965, in Shiprock, into the Tábąąhá (Water’s Edge Clan), mother, Virginia L. Charley; born for Tódích’íí’nii (Bitter Water Clan), father, Allan Tom. He passed from this life Sept. 8, 2020, in Farmington.

Chris graduated from Tohatchi High School in 1984 and attended Albuquerque TVI, receiving a certificate in welding. He continued his education at the University of New Mexico branch in Gallup, and received a certificate in nursing assistant.

Chris was an avid Dallas Cowboys fan who never missed a game. He was an exceptional left-handed artist who had a passion for drawing and was very talented at creating and tool-carving pottery. He was known for his drawings to family and friends.

Chris liked the outdoor nature of hunting, camping, fishing, and hiking. He was a kind and compassionate-spirited person who shared his smile with those he encountered. He especially loved his daughter and granddaughters with all his heart.

Chris will be remembered as a loving father, grandfather, son, brother, nephew, uncle, and family member. We will miss his tremendous sense of humor and his inspirational presence.

In lieu of donations, flowers and condolences can be given at https://www.serenityandcompany.com.

The family extends their gratitude for the outpouring of support and love.

Arrangements were made through Cope Memorial. 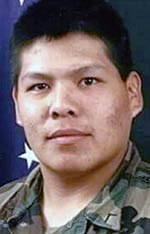 Paul was born Sept. 1, 1970, in Fort Defiance, into the Honágháahnii (One-walks-around Clan), born for Dibélzhíní (Black Sheep Clan). He passed away Sept. 1, 2020, in Bremerton. 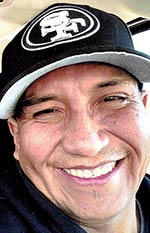 GALLUP — Funeral services for Everett Jones, 45, of Twin Lakes, New Mexico, will be held Monday, Sept. 21, at 1 p.m. at Rollie Mortuary in Gallup. Burial will follow at the family plot in Jones Ranch, New Mexico.

Everett was a silversmith who enjoyed being with his children and loved his favorite football team, the San Francisco 49ers.

Everett is preceded in death by his grandparents, Allen and Irene Richards of Twin Lakes; and Frank and Louise Jones of Jones Ranch.

A reception will take place at the family residence following services.

Dwayne enjoyed reading about current events in the local paper, watching the local news and his favorite movies, being outdoors hiking, doing yard work, grilling for family and friends, and was a loyal fan of the rock band AC/DC.

Dwayne was a social person in the community, willing to help those in need. He loved his daughters and grandson very much.

Dwayne is preceded in death by his mother, Donna M. Benally; and brothers, Davis Williams and Levon Williams.