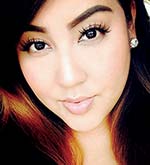 Melanie loved spending time with her friends, especially her nephew Ryley. She enjoyed cooking and was an exceptional cook. She also enjoyed watching Netflix movies, traveling, hunting and fishing.

A Lantern Ceremony in honor of Melanie will be held Saturday, Jan. 20, at the Gallup Catholic School at 6 p.m. A reception will be held prior to the ceremony.

Conway-Picha Funeral Home and Crematory of Lyndon Station assisted the family with arrangements. 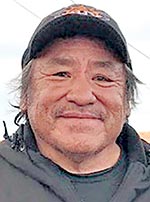 CHINLE – Funeral services for Cecil Chee Henry, 59, of Black Rock, Arizona, will be held today, Jan. 18, at 10 a.m. at Our Lady of Fatima Catholic Church in Chinle, with Father Blane Grein officiating. Burial will follow at the family plot in Black Rock.

Cecil graduated from Holbrook High School in 1977 and attended the Iron Workers of Welding School in Chicago. He enjoyed spending time with family and loved playing basketball, hiking, running and was a well-known silversmith from Canyon De Chelly.

Cecil is survived by his brothers, Gary Henry and Frederick Henry, both of Black Rock; and sister, Winnie Henry of Black Rock.

A reception will take place at the Chinle Catholic Hall following services.

George is preceded in death by his parents, Rose and Morris Chee.

Pallbearers and honorary pallbearers were family and friends. 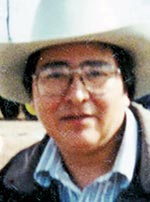 BLACK FALLS, Ariz. — Funeral services for Larry Tohannie, 60, of Box Springs, Arizona, will be held Friday, Jan. 19, at 10 a.m. at the Black Falls Church in Black Falls, Arizona, with Harrison John officiating. Burial will follow at the family plot in Black Falls.

Larry graduated from Coconino High School in Flagstaff, and attended Automotive Technical School in Salt Lake City. He was employed with Flagstaff Diamond Dodge for many years, specializing in fixing transmissions and being a mechanic in general.

Larry enjoyed spending time with his family and helping his neighbors, watching football and was a Patriots fan.

Larry is preceded in death by his father, Danny Tohannie; and sisters, Nina Pinto and Cecelia Tohannie.

A reception will take place at the Black Falls Bible Church following services.

Chelsea graduated from Thoreau High School and received a degree in medical billing and coding, but her biggest accomplishments were her sons.

Wilson graduated from Wingate High School and was employed as a construction worker. He was a cattleman who enjoyed roping and yard cleaning.