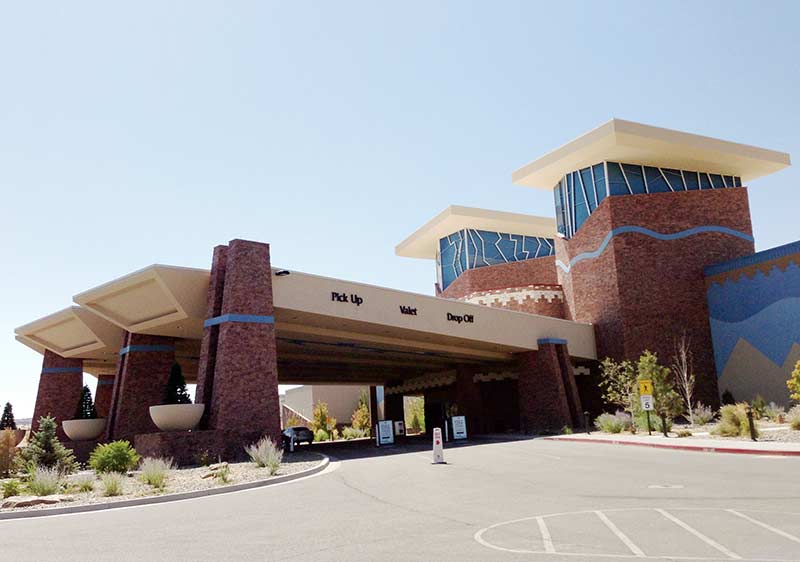 Upper Fruitland is home to Northern Edge Navajo Casino, but doesn’t get any special revenue from it. (Times photo - Cindy Yurth)

As the Navajo Nation Gaming Enterprise celebrates the six-year anniversary of the Northern Edge Casino near Farmington today, figures from the New Mexico Alcohol and Gaming Division indicate that Navajo gaming in New Mexico continues to bring in between $19 million to $21 million every quarter in slot machine revenue to the enterprise.

This is not total profit because the enterprise has to pay employee salaries and casino expenses as well as pay down the debt the enterprise owes to the tribe. The state also gets a share of the winnings as well.

Since the enterprise is prohibited by federal and tribal law to give out any financial data, this is the only information that goes out to the public about the operations at Northern Edge and Fire Rock casinos. The Flowing Waters Casino in Hogback is a smaller operation and is not required to share its revenue with the state.

Brian Parrish, the CEO of the enterprise, said casino operations in New Mexico are continuing to show a profit while Twin Arrows Navajo Casino east of Flagstaff is holding its own.

But the talk today centers around Northern Edge as the casino hosts a day-long celebration beginning at noon.

Hosted by Erny Zah, the live entertainment features the Thunderhouse drum group from 7 p.m. to 8 p.m., plus Yellow World Production and the Arizona Dreamers from 8 p.m. to 1 a.m. Starting at 6 p.m., the casino will be giving out anniversary T-shirts to the first 600 people.

At 9:06 p.m., six names will be drawn to compete for a new ATV or cash prizes. Additionally, complimentary anniversary cake will be served from noon to 3 p.m. and 5 p.m. to 8 p.m. The dinner special will be spaghetti from 5 p.m. to 9 p.m.