Upgrades for the new building in Washington, D.C., purchased by the tribe led to a debate among Navajo Nation Council delegates.

The new NNWO building was bought for almost $4.9 million in February and the purchase was signed by President Jonathan Nez – so that was not the issue.

The concern that was brought up during the Navajo Nation Council budget session last Thursday was why NNWO needed $200,000 for restroom renovations.

Delegate Eugenia Charles-Newton said that much money could go to the Navajo Nation Office of the Prosecutor’s Office instead, which has always experienced funding shortfalls.
Delegate Amber Crotty agreed and said the prosecutor’s office historically has unmet needs.

“This office continues to be severely underfunded,” Crotty said. “Part of their budget was covered through indirect costs, reallocation.

“Unfortunately, there’s a provision in that federal funding that does not allow for that funding to be used,” she said. “I can’t remember the exact term, so basically cannot be used like for attorney- or prosecutor-type services. Since then, this office continues to be severely underfunded.

Crotty said, “This Council last year, we supported their unmet needs. Unfortunately, that was line-item vetoed when the funding was reallocated earlier this year by amendment, from the executive office.”

After Nez vetoed the funding, Crotty remarked that the president’s office seemed to be renovated with a “complete redesign.”

She said if the funding that could have gone to the prosecutor’s office was being used for office improvements, it was “an issue” to her. 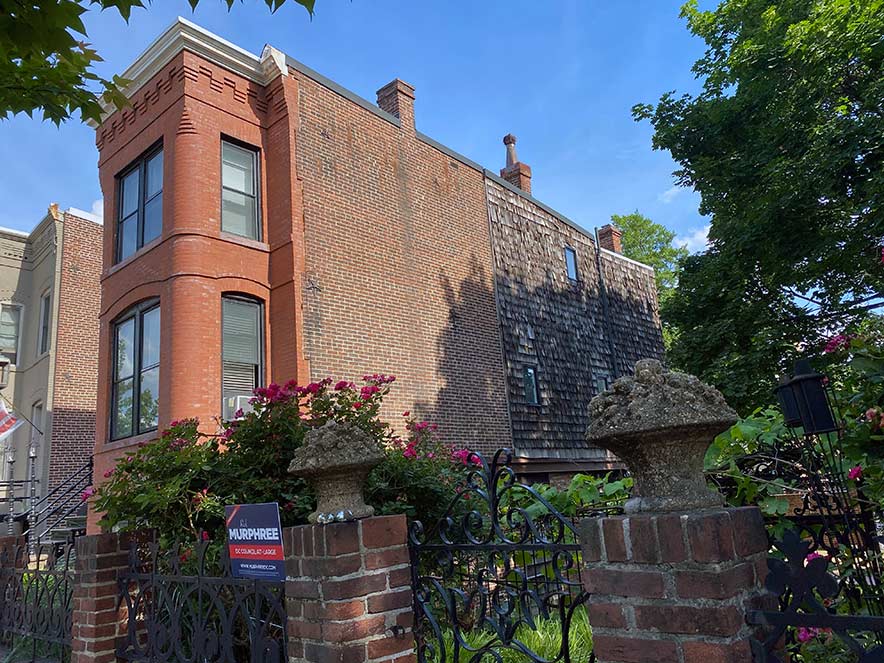 The new NNWO is by any Washington, D.C., standard “average.” An appraisal done on the property before the purchase described it as such, including the restroom.

The building is a two-story, 3,728 square-feet structure situated on a less than an acre site. It was constructed in 1830 as a detached residential dwelling.

The building’s first floor is office space and the second floor is a one-bedroom apartment with one bath.

A second building, referred to as “Unit 2,” is a vacant space, according to a May 7 report from the Navajo Division of Natural Resources.

Last year on Memorial Day, the office was severely damaged from a broken water tank located on top of the building.

Santee Lewis, NNWO’s executive director, responded to Charles-Newton’s concerns and said to protect the tribe’s property, “We want to ensure that the property is well maintained.

We need to make sure that the Navajo Nation’s investment is protected.

“So, with that, we do have to keep proper care of the home,” Lewis said. “And so the contracts that were proposed include landscaping, plumbing, pest control, cleaning, window cleaning. So, we’re going to try to ensure that funds are in this.”

Lewis said some costs that would go toward the “upkeep” of the building would reoccur.

“Contractual services in the amount of $130,000; she (Charles-Newton) asked whether or not these would be reoccurring costs are one-time, one-time costs,” Lewis said. “At this point in time, we see this as a reoccurring expense.”

Lewis said the proposed $200,000 budget included a $100,000 building improvement, which would include bathroom renovation. Another $90,000 – also included in the proposed budget – would be for the purchasing of furniture.

This money, Lewis said, would be “one-time” costs.

“This bathroom renovation is needed because if you go into the house (at 11 D Street, SE), you’ll notice that the commode and the shower is in one room,” Lewis explained, “but where you wash your hands, you would have to exit that room and go into another area to wash your hands. So, what we need to ensure that happens is one that we’re just not spreading germs.”

Charles-Newton suggested NNWO could purchase the furniture from second-hand stores.

“We have to think about our people here on the Navajo Nation who are lacking a lot of the services that you talked about,” Charles-Newton said to Lewis. “In fact, I was just now, looking at the picture that Delegate Vince James sent to us.

“The grandma, whose house, how the roof is leaking, it shows her concrete floor with filled with water,” she said. “And these are the pictures that we get. I have people in my community that don’t have bathrooms.

“I can’t justify to them voting green to give you, $200,000, for a bathroom renovation, when many of them are still using outhouses,” she said.

After a lengthy and emotional debate, Charles-Newton’s amendment to take out the renovation part of the NNWO’s funding request and place it into the prosecutor’s office budget failed, with 10 voting in favor and 11 voting against.

The budget had not yet reached the president’s desk as of press time.

After the debate, Charles-Newton went on her social media page and explained why she was in disbelief with the men on the Council.

“I was getting really, really angry and I got a got the best of me, and I reacted in a way that I shouldn’t have reacted,” Charles-Newton said.

“I just couldn’t understand how these men could sit there and argue for furniture to go to a house that our people are never going to see over a position that would really help our people to heal,” she said.