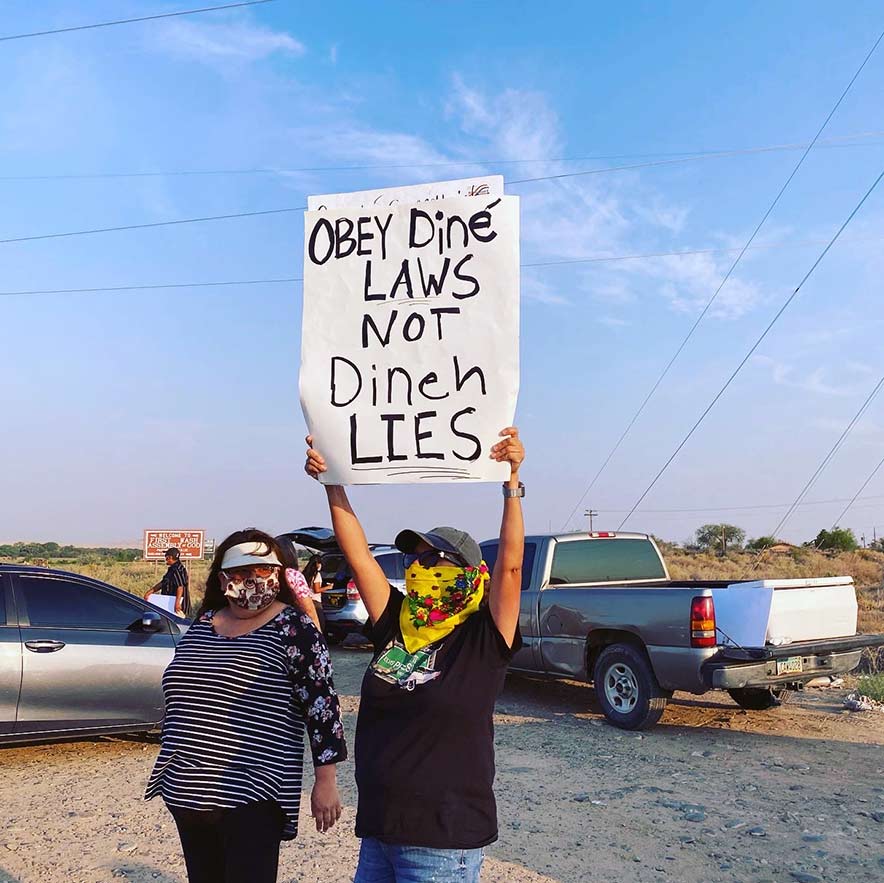 Redfeather-Benally has spent the past few months protesting and becoming an outspoken voice against Shiprock’s hemp farms, especially since there was a hemp farm placed in front of her home at the beginning of the summer.

Before this issue sprang up, she had never considered running for any elected position.

“Never did I think I would be in politics,” said Redfeather-Benally in a previous interview. “I made that decision on the last day to turn in your application.”

She said the disharmony stemming from the hemp farms was a deciding factor for her to run against Benally.

She said the hemp farming operations continue at the farm across from her home, and she said as a farm board member she will work to have the permits revoked from those who continue to farm hemp.

“Should I win as farm board official I will guarantee to push for those permits to be pulled from those permit holders that allow for this illegal cannabis to be farmed on their farm plots,” said Redfeather-Benally.

Dineh Benally’s father, Donald Benally, also came up short in his attempt to hold onto the office of Shiprock grazing committee member. He lost to Sarah Denetclaw-Begay.