Accident on NR 16 causes delays to the polls 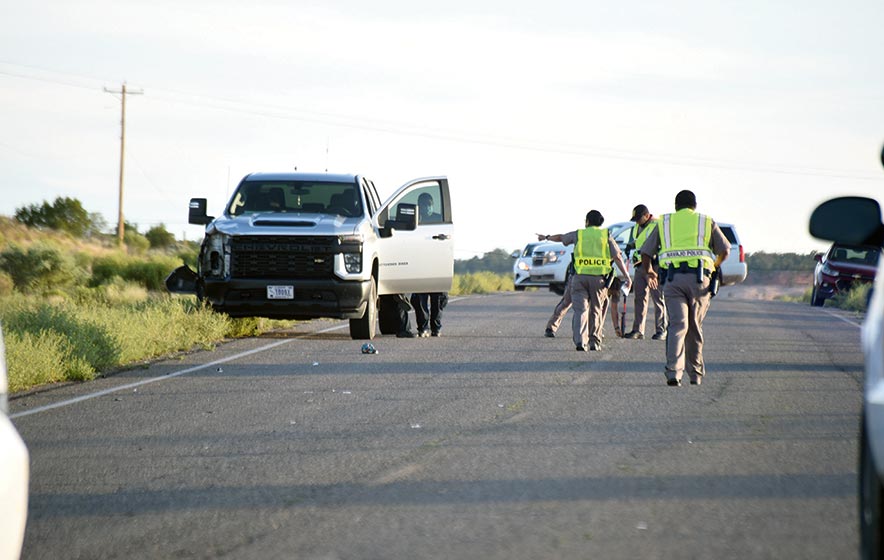 Navajo Times | Krista Allen
Navajo Police block Navajo Route 16 on Tuesday morning to investigate a vehicle crash. Police say the road could reopen at 10 a.m. but may take longer. Voters heading for Ts’ahbiikin and Naatsis’áán chapters may need to take the dirt road, Route 6323, from SR98 to get to the polls.

Morning voters heading to the polls in Ts’ahbiikin or Naatsis’áán chapters may be held up by a vehicle accident on Navajo Route 16.

Navajo Police officers at the scene, south of Ts’ahbiikin Chapter House, said due to the accident the road is closed but would reopen around 10 a.m., but it could take more time.

The officers did not provide any further details.

Ts’ahbiikin Chapter manager Earl Sombrero, who’s a candidate for Navajo Nation president, said the accident would impact some voters heading northbound to the polls at either Ts’ahbiikin or Naatsis’áán.

Navajo Police said motorists may take the dirt road, Route 6323, from State Route 98, to get to the polls.