April 21 election still up in the air 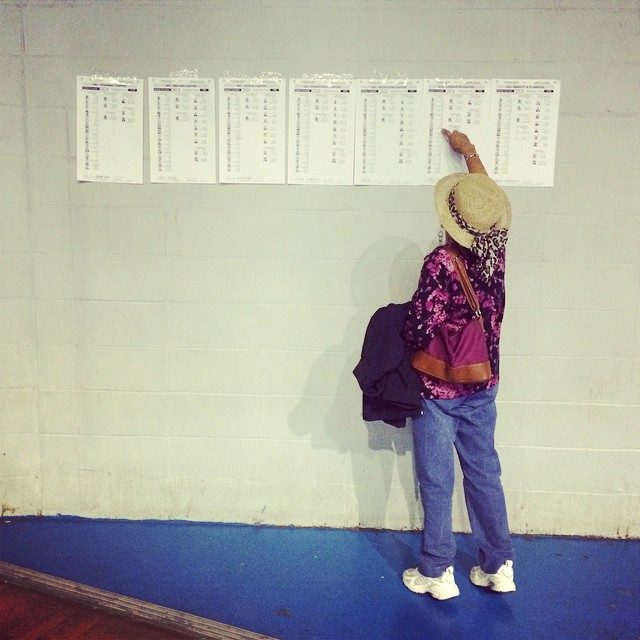 The April 21 date set by the Navajo Election Administration for a special election for tribal president is once again up in the air.

Edison Wauneka, director of the Navajo Election Administration, said Wednesday that he was waiting for the Navajo Supreme Court to make a ruling on yet another challenge.

On Tuesday, he had put the election informally on hold saying he was waiting to see if a challenge was filed to a resolution passed by the Navajo Nation Council on Friday.

That challenge was filed on Wednesday before the Navajo Supreme Court by David Jordan, an attorney for Hank Whitethorne and Dale Tsosie, the two primary election candidates who had filed a challenge against Chris Deschene. Both argued that Deschene failed to meet tribal requirements to run because he was not fluent in the Navajo language.

The challenge argues that the resolution passed by the Council on Friday, which sets aside funds to hold a referendum on the fluency issue, should be declared invalid and that the money set aside for the referendum should be used instead to hold the special election between Joe Shirley Jr. and Russell Begaye.

Wauneka said Wednesday that he was hoping the supreme court would make a ruling by Friday so that he could contact the printers to start printing the ballots. If that happens, early voting would begin next week.

The resolution passed last Friday by the Council, according to the challenge, raises “serious questions about whether the Navajo Nation government can be considered democratic anymore” since the resolution prevents Shirley and Begaye from having an election.

That resolution has also come under heavy criticism from Shirley, who released a statement on Tuesday condemning the Council.

“”It is evident that a minority of Council delegates took siege of the entire election process. We must end the delay and install credible leadership in Window Rock. Now is the time for us to heal as a nation. Give the Navajo people the opportunity to vote on ballots that are both valid and fair under the law,” the statement said.

“The actions of President Shelly was irresponsible and has created greater disharmony in the middle of an on-going election process that he once was a candidate of as well,” Shirley said.

Begaye was still optimistic on Tuesday that the election would go on as scheduled.

He said he talked to members of the council who said the resolution that was passed would not halt the election.

In their challenge, Whitethorne and Tsosie posed several options to the Navajo Supreme Court as to how the current dispute could be resolved so the election could go forward.

One option was to invalidate the resolution and direct the tribe’s controller to “fund the election directly, circumventing the legislative process entirely.”

Another option called for the court to inform the Council that because Shelly was not elected, the court “would invalidate all legislation coming from the Council until a validly-elected president is inaugurated.”

The court also has the option of invalidating the resolution and telling the election administration to use its existing funds until those funds are depleted and then request supplemental funding to complete the election process.

The challenge also suggests that the court hold the Council in contempt and “remove Council delegates from office if they refuse to follow orders from the court.”

“No matter what the court decides to do,” said the challenge, “petitioners request that the court enter an order preventing the Council from removing Edison Wauneka from office as long as he is complying with the directives of this court.”

Wauneka continues to find himself in the middle of the controversy as he attempts to comply with both the orders of the court as well as the Council.
While the Council has provided him funds for the referendum, the language in the resolution requires him to use it only for the referendum and not the special election for the presidency.

If the special election is to be held on April 21, ballots will have to be ordered this week and early voting has to begin next week.

One possibility that Wauneka was considering earlier this week was using funds available in his office to order just enough ballots for early voting and absentee voting and then if the election had to be postponed again, he would scrap those ballots just as he did when the general election was postponed last October.

The latest motion filed today by Mr. Tsosie and Mr. Whitethorne raises a question about the legislation recently passed by the Navajo Nation Council. The resolution funds the Navajo Election Administration to conduct a referendum on the qualifications of a Navajo presidential candidate, and also funds the general election for the Office of the President and Vice President. This legislation was signed by the Navajo President and is now valid Navajo Nation law.

Speaker of the Navajo Nation Council LoRenzo Bates released a statement on press on Wednesday evening, saying, “In accordance with this law, the Navajo Election Administration will hold a referendum election on the question of the fluency requirement for candidates for President and Vice President. This is a matter that will be decided by the People in the coming weeks and in compliance with Navajo Nation election laws. After the People have decided the fluency issue the Navajo Election Administration will proceed with the postponed general election.

“Mr. Tsosie and Mr. Whitethorne are attempting to take away the People’s right to decide this important issue. The Navajo Nation Council, in addressing this resolution, is giving this issue to the Navajo People as the Navajo courts have previously decided in their court opinions. The election for Navajo President and Vice-President will take place as soon as possible, but after the People have spoken.”