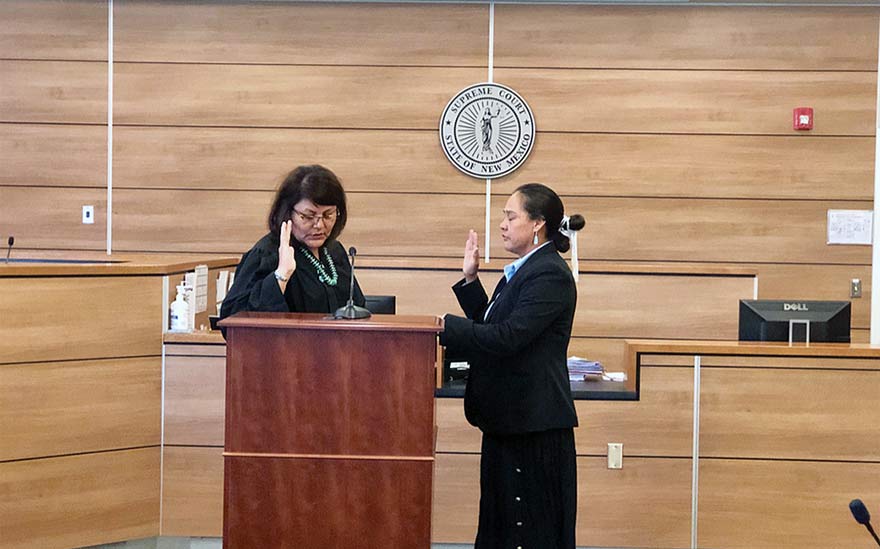 Newly minted New Mexico State Sen. Shannon Pinto, D-Tohatchi, said her grandfather, the late Sen. John Pinto, would give a small, distinctive yell in celebration when a bill he sponsored was signed by the governor.

After taking the oath of office from McKinley County Judge Virginia Yazzie at the McKinley County Courthouse Tuesday morning, Pinto said she believes her grandfather would have given that same yell after she was sworn in.

John Pinto, 94, passed away in May, one week after receiving an honorary doctorate from Navajo Technical University. At the time it was uncertain who would replace the senator, who had been representing San Juan and McKinley Counties for over four decades. But those close to him knew he had been grooming Shannon.

“I’m just really happy they listened to the family,” said Council Delegate Edmund Yazzie before the swearing-in ceremony. But it was only a few days ago that Shannon’s name wasn’t one of the two nominations sent to New Mexico Gov. Michelle Lujan Grisham by the counties that make up District 3, the district she now will represent.