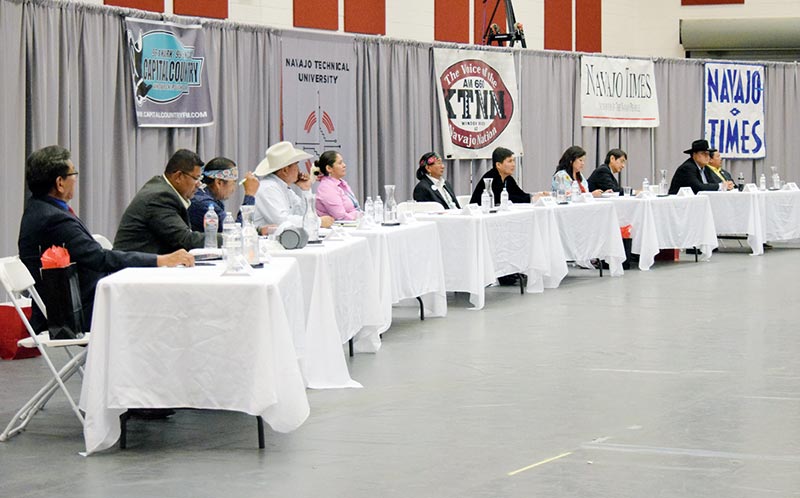 “There’s this job and 18 people have applied for it,” said Shirley. “Wherever we go we are being interviewed. I hope to be president once more but I know there are 17 others who want that job. For me it’s God willing and the people willing.” Before the forum started, booths were setup outside for voters to stop by and talk with the presidential hopefuls.

As a delegate, Shepherd is the chair of the Resource and Development Committee, and, like Shirley, is an Apache County supervisor. Like other candidates, Shepherd credited constituents for pushing him to run. “It was more and more people asking if I was throwing in my name, not just from my own area but from all over,” said Shepherd.

So how did the evening go for the job seekers? Well, for starters, the candidates spoke more English than Navajo. Some were not fluent Navajo speakers and this comes after a 2015 referendum where voters voted to change the language qualification from “must be fluent Navajo speaker” to “candidate’s ability to speak and understand Navajo determined by voters.” “Just because all our people don’t speak Diné doesn’t make them any less Diné,” said Taylor during his introduction.