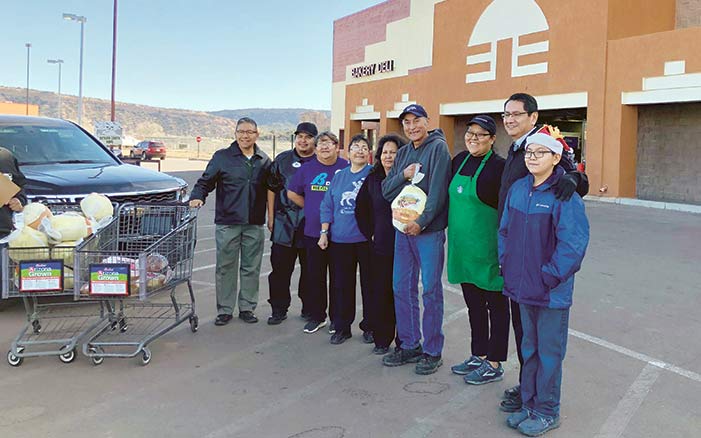 “It feels good because this saves money” said Hardy as she waited to get her picture taken with Nez and Lizer.

“I’m definitely surprised to see him.” As people lined up to get a free turkey or ham, Nez and Lizer were having a good time taking photos with those who had already received theirs.

Nez made sure to thank everyone for shopping locally rather than driving to Gallup or elsewhere to shop. “Thank you for staying home and shopping at your local Bashas’, everybody,” yelled Nez.