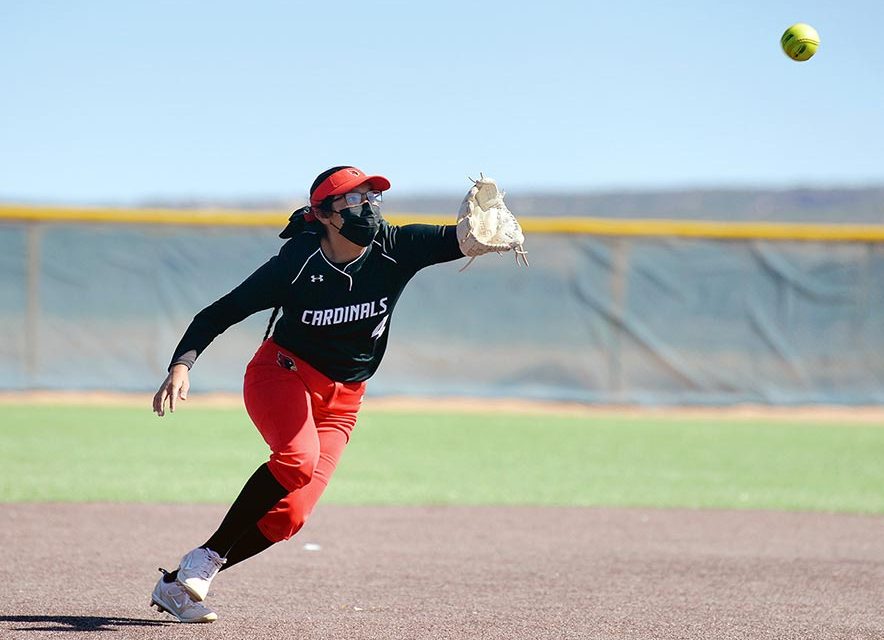 The seventh-seeded St. Michael softball team parlayed six of its 10 hits in the fifth and sixth inning in the opening round of the 1A state softball tournament on Wednesday afternoon.

The late rally was much needed as the visiting Lady Tigers put some pressure on the Cardinals as St. David tied the contest at 2-all in the top of fifth.

“I think my team does very well because we have a lot of seniors on the team,” said St. Michael coach Karen Tom, whose team improved to 13-7 overall. “They were able to regroup and compose themselves, so I give a lot of credit to my seniors for having leadership out there.”

The Cardinals advance into today’s quarterfinals at No. 2 seed Superior at 4 p.m.

The winner of that contest moves onto the state semifinals, which are set for 5 p.m. on May 12 in at the Fiesta Sports Complex in Mesa. The 1A title game is scheduled for ASU’s Farrington Stadium at 8 p.m. on May 13.

In Wednesday’s contest, St. Michael ace Gabrielle Simpson started the contest on fire with a no-hit effort for the first four innings. The southpaw retired the first 12 batters before she gave up back-to-back singles in the top of fifth. 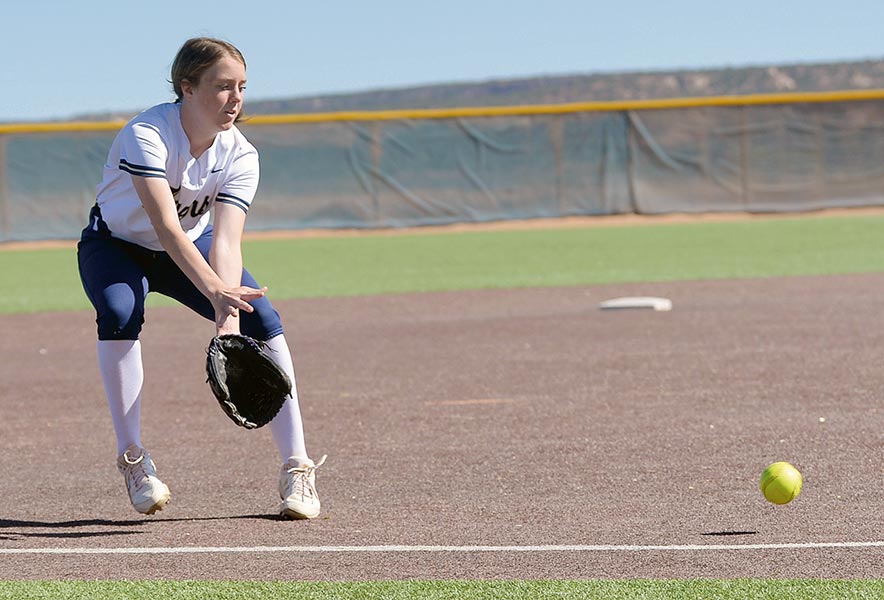 After two outs, St. David got on the scoreboard with midfielder Audrey Merrill nailing a two-run single, which tied the contest.

“It’s not anything new,” Simpson said of teams hitting on her. “I know my teams have my back, so it really didn’t matter if they (St. David) hit off of me or not. I just know they have my back.”

After that brief hiccup, the Cardinals went back to work on the offensive end, scoring four runs in the bottom of the fifth and three in the next inning to secure the seven-run win.

“We had to keep our momentum,” Simpson said. “We needed those runs, especially in the state playoffs because momentum means a lot.

“We made mistakes on our defense, and they scored two runs,” she said. “We just need to start scoring again and hitting the ball. We weren’t doing that the past three, four innings and we knew that we had to be more aggressive on our base running and our hitting.” 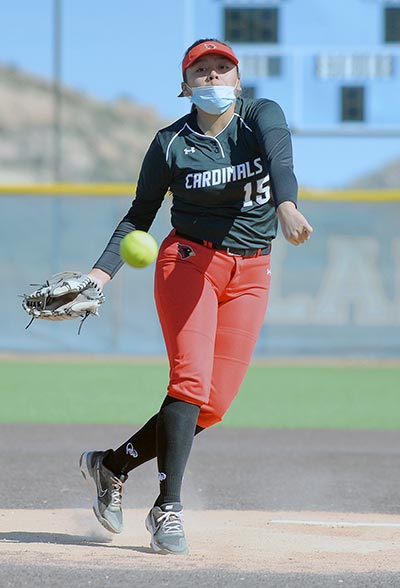 Like her pupil, Tom liked her teams’ response to secure the win.

“They played great, but I didn’t want them to go in thinking that they already had the game just because St. David was ranked No. 10,” she said.

“I think a lot of the south teams usually turn out to be really good teams regardless of the state rankings,” she said, “so I wanted to the girls to go into this game with their best foot forward and push through the whole game.”

Right outfielder Jalin Perry went 3-for-3 with three singles while driving in a run. Shortstop Kalynn Smith went 2-for-4 with a double, single and 3 RBIs.

Inside the circle, Simpson gave up two runs on four hits while fanning 12 batters.

The St. Michael coach said Simpson is going to get the start today against Superior.

“We’ve played them the last couple years in the state tournament, and we’ve pretty much matched up with them,” Tom said of Superior. “I don’t expect any less meeting up with them again.”