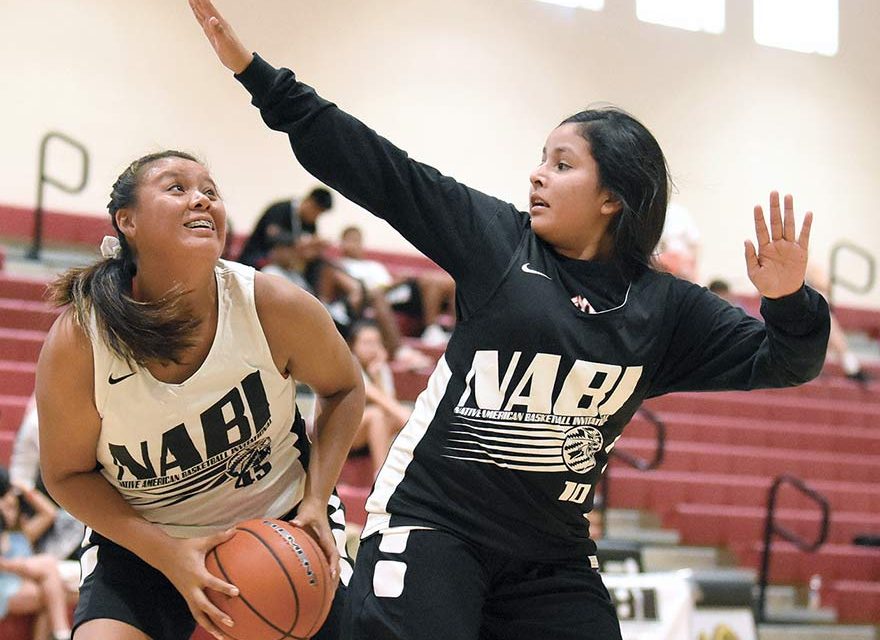 The Sanders, Arizona-based team has added three more girls to their roster but head coach Lisa Quigley isn’t ready to make plans for a second appearance in the championship game.

That’s because the pool of potential champions is deeper this year.

“This is always a great tournament,” Quigley said. “We have the same expectations and we’re going to do our best to repeat but there are a lot of tough teams out there.”

Quigley said there is going to be some pressure on her girls but it has little to do with being the defending champions. Despite returning everyone, she said her girls have yet to play with one another this season.

“Our game has changed since last year so we’re trying to get comfortable with each other again,” she said. “The pressure is right there because we haven’t played together.”

The NN Elite have compiled a 2-0 record in pool play after Tuesday’s round. They would have played their last pool game yesterday against Mahpia Luta but results for that game were not available at press time.

More than likely though, the NN Elite team would have been placed in the gold bracket regardless of the outcome from Wednesday’s game.

“Our defensive pressure has helped us win most of our games,” Quigley said. “I think that’s going to be one of our strengths from here on out. I like that we’re moving without the ball.”