Jayden Shaw has been a top gun for Upper Iowa University. 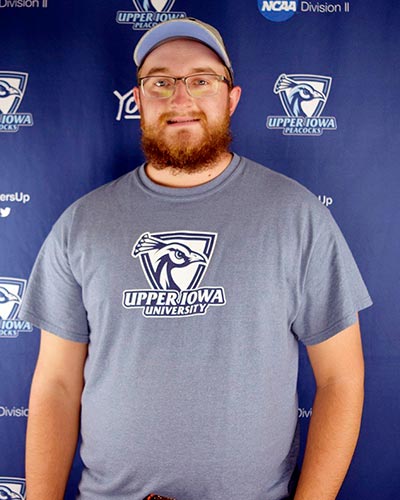 During virtual competitions this fall, the freshman out of Aztec High was a leading American trap and skeet shooter for the shotgun sports team.

“I went up from my high school performance quite a bit,” he said.

Shaw is among six on a team in its first year of competition, something that attracted him to the school.

“I thought it would be cool to be one of the first on the team,” he said.

He finished first in trap and third in skeet in the 15-to-25 age group –for high school and college – at the MidwayUSA Foundation 2020 Hometown Challenge.

He was one of two Peacocks to record top three finishes.

“I wasn’t really too surprised,” he said about the perfect score. “I knew I had it in me. I just had to put it all together.”

He cited his ability to thrive under conditions that some peers might not appreciate.

“I think I can attribute it to the extreme weather,” he said. “I shoot better in cold or wind or extreme heat. It was windy and probably in the 20s.”

His biggest adjustment to college shooting has been the scenery behind the targets, which requires more precision in gauging the speed of the targets.

“It’s a lot more green rather than all the brown in New Mexico. Picking up the target, it’s kind of a different presentation of the target too,” he said.

The virtual competitions also have been different.

“It just feels like another practice,” he said. “We don’t feel pressure. I would much rather feel that pressure. That pressure is what helps your team do better against the other teams.”

He placed second in trap, one target behind teammate Brady Carrigan.

From September to October, Shaw improved in trap and skeet in the Association of College Unions International virtual events. The team’s focus on skeet during practices helped him raise his score from 84 targets out of 100 in September to 95 the next month.

He said the team practiced two to five times a week, with 100 targets devoted to skeet.

“It took a lot of targets to figure out the proper read and how fast they’re (targets) going,” he said.