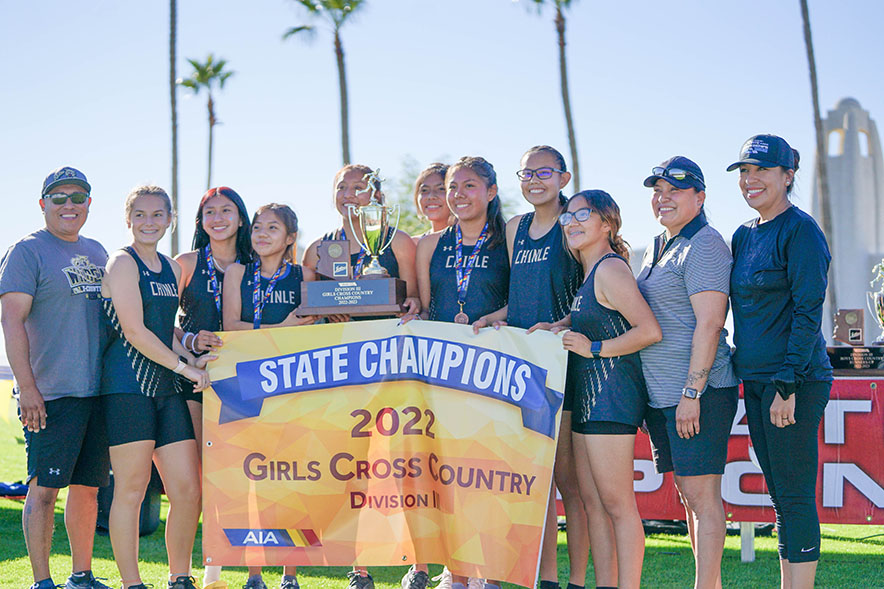 Ganado harrier comes from behind to win individual crown.

Two teams in the 3A North Region won the Division III state titles on Saturday, which was expected.

However, the biggest surprise was the performance turned in by Ganado harrier Micah Slivers. 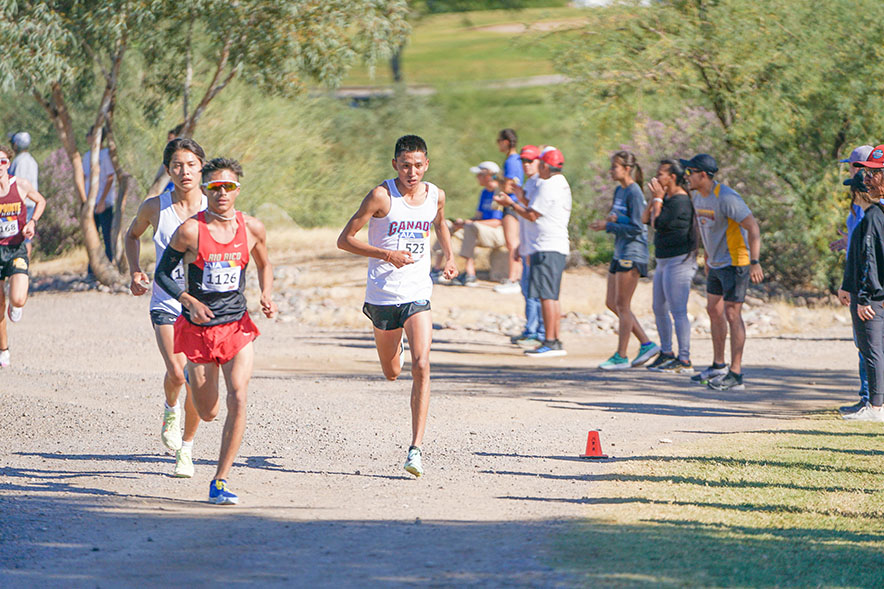 Slivers turned on the afterburners and chased down Division III favorite Michael Urbanski of Tucson Salpointe Catholic in the homestretch. 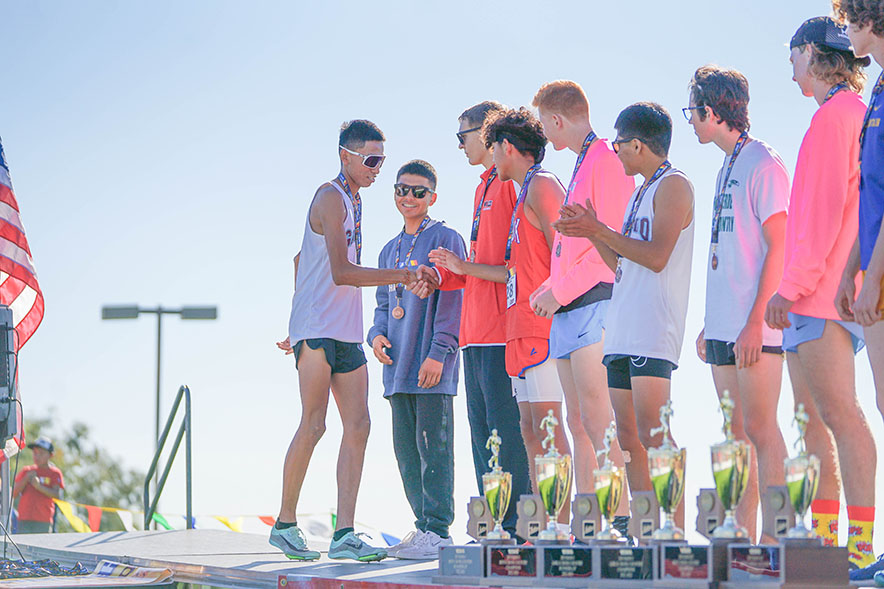 Behind an eighth- and 10th-place finish from freshman Symond Martin and senior Quentin Davis, the Page Sand Devils flipped the script in the team standings as they beat Salpointe Catholic, the two-time state champions. 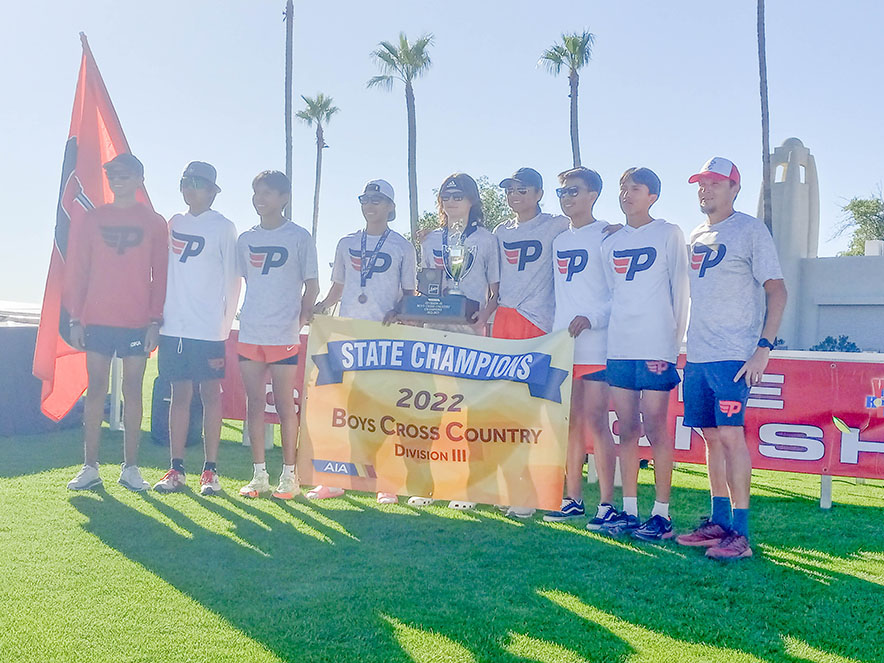 After finishing as the reserve champs the previous two years, the Page Sand Devils captured the program’s 18th state crown on Saturday. The Sand Devils finished with a team score of 99 points in the Division III race.

“I’m just proud of the boys,” Page coach Tim Martin said. “They were picked to win, and they came in and showed that they are the best in D3, so I’m proud of them.”

To complete the team score, the Sand Devils had senior Tanner Dugi in at 22nd, junior Elijah Reed at 33rd, and senior Gavyn Begay at 49th.

“They knew where they had to be,” Martin said of his team’s focus. “We practiced the last couple of weeks running on rolling hills, so I think they were prepared for this.

“They executed perfectly,” he added.

In the girls race, the Chinle Lady Wildcats ran away with the team title as it scored five runners for 61 points, outpointing reserve champ Salpointe Catholic as the Tucson school finished with 91 markers.

This is the Lady Wildcats’ 10th state title, with the last coming during the 2011 season.

“This is wonderful,” Chinle coach Beatrice Begay said. “It’s been a good chase. Hard work on their part, but it’s a great feeling.” 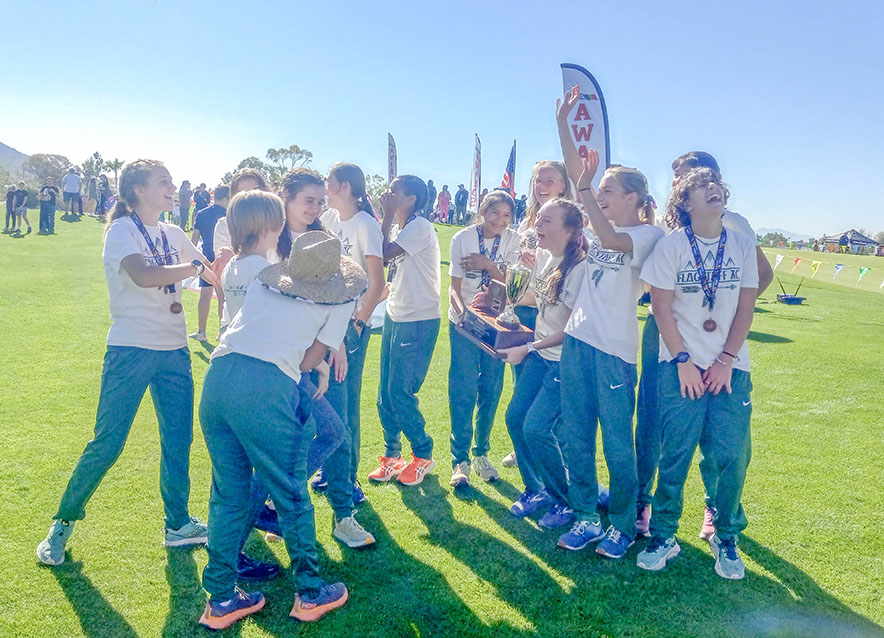 The Flagstaff girls celebrate after taking home the Arizona Division II state title on Saturday. The Lady Eagles scored five runners in the top 22 for a team score of 48 points.

In the Division II race, the Flagstaff girls regained the state crown after its string of six consecutive titles was broken last year.

The Lady Eagles dominated this year’s field with a team score of 48 points, with Desert Mountain finishing a distant second with 144.

Flagstaff was paced by senior Mia Hall and freshman Taylor Biggambler with the Hall winning the state title in 18:50.7.

For a more in-depth story, pick up Thursday’s Navajo Times.