Eastern Fair canceled due to virus 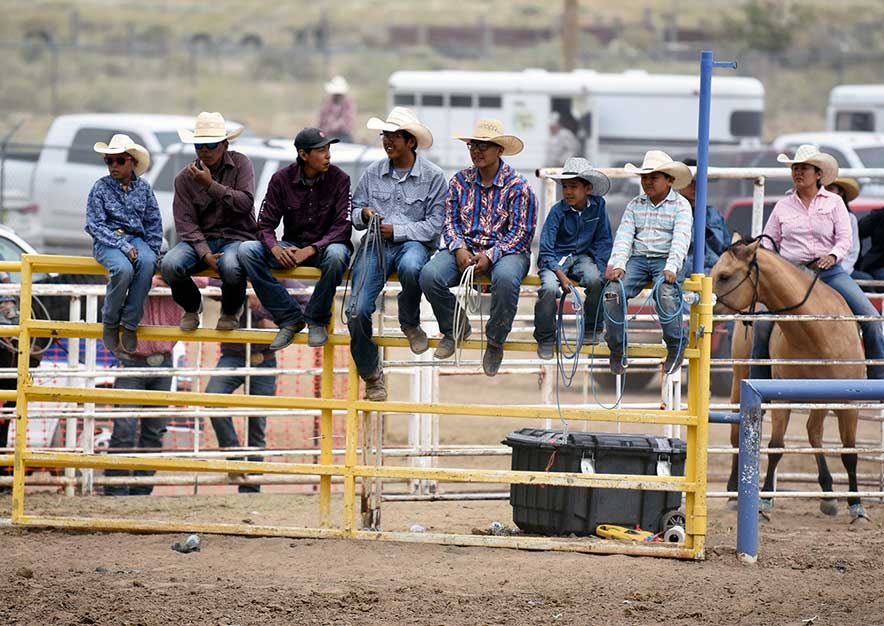 File
Seven cowboys sit on the fence to watch the rodeo performance during last year’s Eastern Navajo Fair. In a unanimous decision, the ENF fair board decided to call off this year’s fair during a May 9 teleconference call.

The Eastern Navajo Fair Board has announced the cancellation of this year’s fair due to the COVID-19 pandemic.

In a unanimous decision, the board decided to call off this year’s fair during a May 9 teleconference call.

“We understand that this cancellation may cause great inconvenience and for that we are sincerely sorry but the health and overall well-being of communities throughout Eastern Navajo are our priority,” the press release stated. “We look forward to beginning working on planning the 2021 Eastern Navajo Fair and plan to use this extra time as constructively as possible.”

In addition to the fair cancellation, the board has decided to cancel its car raffle. The fair board will issue refunds for individuals that bought raffle tickets in the coming weeks.

“We want everyone to be safe as well as be vigilant in practice of social distancing and abide by all recommendations set by our health-care professionals,” the statement read. “Together we can help win the fight against COVID-19/Dikos Nstaaígíí and celebrate in taking pride of being Eastern Navajo and in our great Navajo Nation.”

Navajo Nation Rodeo Association President Alvin Smith was saddened to hear about the cancellation but he said it was understandable.

“It’s about the safety of our people,” said Smith, whose association is weighing in on whether the NNRA should sanction a rodeo season.

“We understand that the fair board doesn’t want to jeopardize the heath of the community.”

Smith said the NNRA has close ties with the Eastern Navajo Fair as they have hosted numerous rodeos in the past.

“We’ve piggyback off Eastern Fair for a long time,” he said. “They’re one of our biggest rodeos.”

The NNRA board is going to meet with the INFR board tonight during a conference call meeting to determine the fate of this year’s rodeo season.

Earlier this week the NNRA released a survey asking its members to vote on whether they are in favor of proceeding to host a qualifier for this year’s Indian National Finals Rodeo, which is set for Oct. 20 to 24 in Las Vegas, Nevada.