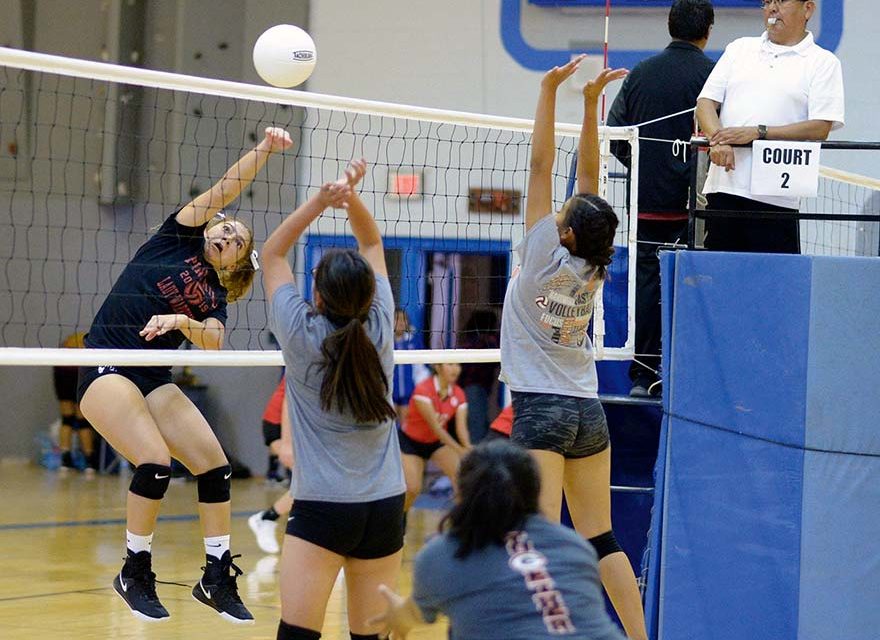 For the past few seasons, the Pine Hill volleyball team has been one of the best teams in District 1-1A.

The Lady Warriors are looking to become one of the best teams in Class 1A. “We’ve added some new pieces,” Pine Hill coach Carlett Daniels. “We want to do the same things that we did last year but we want to take it a step further.”

Pine Hill got as far as the 1A quarterfinals the past two seasons, losing to eventual state champs Logan both times.

“We want to keep it going,” he said. “Hopefully by working with each other we can do that because I think we have a good group here. Hopefully we can challenge the higher seeded teams at state.”

Daniels said Logan and Melrose have been the superior teams in 1A but he feels that Quemado and his squad are not too far behind.

“I know Logan lost a lot of people but we all did,” Daniels said. “I think we’re all going to start to get used to what we have and hopefully we can all step up.”

To help prep them for a deep run at the end of the season, Daniels said he’s created a tough schedule for the upcoming year. Pine Hill will see a bevy of those teams at the Magdalena volleyball tournament next month.

“I think we have a tough schedule at the beginning and we want to make sure we beat some tough teams,” he said. “We want to compete with everybody. I got them into places to where we’re going to play some larger schools. We hope that gets us better and ready for district. We want to be district champs and we want to go to state.”