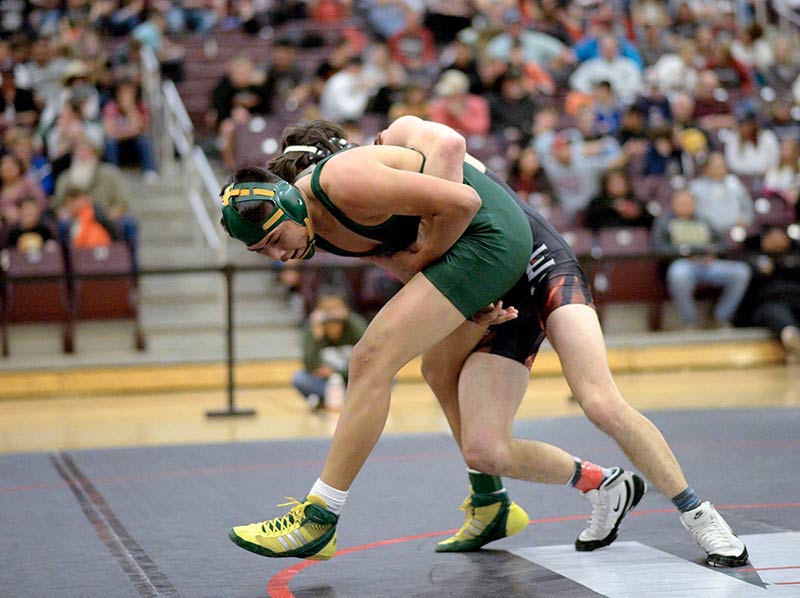 Tuba City senior Clay Nez was looking to drop one weight class before the start of the wrestling season.

Instead of dropping one weight class he dropped three.

“Over the summer I just told myself that I had to get down to at least 170,” Nez said. “That was my main goal so I joined fall sports to help lower my weight.”

At the start of the school year Nez weighed in about 193 pounds and with a diet that consists of no sugar or soda he transformed his body to a sleek 147 pounds.

“I feel like I am more conditioned,” he said of the benefits of his weight loss. “Last year I felt like I always ran out of breath in the second period. This season I feel like I can finish strong going into the third without burning out.”

His uncle Benjamin Nez said the weight loss has allowed his pupil to be more flexible at his current weight class of 152 pounds.

“We’ve noticed that Trey can move more and he has a lot of energy,” said Benjamin Nez, who also serves as his coach.

The older Nez said Trey dedicated himself to losing all that weight and the hardest obstacle for him was giving up soda.

“He did away with that,” he said. “He replaced that with Pedialyte.”