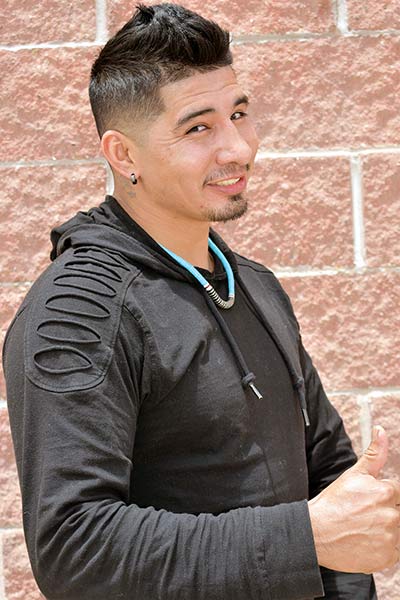 Much to his surprise, Emanuel Webb’s Facebook page blew up last fall when he started posting short homegrown videos of himself telling old-school rez stories.

From the mundane to the fantastic, Webb, aka Navajo Funny Guy, can make any subject, from a rez road to a rock, a skinwalker to a hay roll, comical.

His engaging personality and Navajo slang are as much a part of the experience as his unpredictable humor. Like an artful, spontaneous rapper, Webb often cracks himself up in the moment, free-styling.

“I just try to make people laugh,” said Webb. “That’s why I do the videos. No disrespect to anybody. If you’re down or having a bad day, just click on my page.” Webb says people thank him a lot for the laughs cheering them up, especially if they are suffering hardship or just plain having a bad day. “It actually helps them in a way I wasn’t expecting,” said Webb. “That’s one of the reasons I keep doing the videos. There’s people out there with anxiety and depression.”

Today, Webb has 25,000 followers on Facebook and 3,000 on YouTube, and he’s become a sensation. Fans just can’t get enough of his characters, caricatures, and commentary on Navajo life.