Mą’ii jooldloshí’: Voice of Coyote in ‘70s winter story is 75 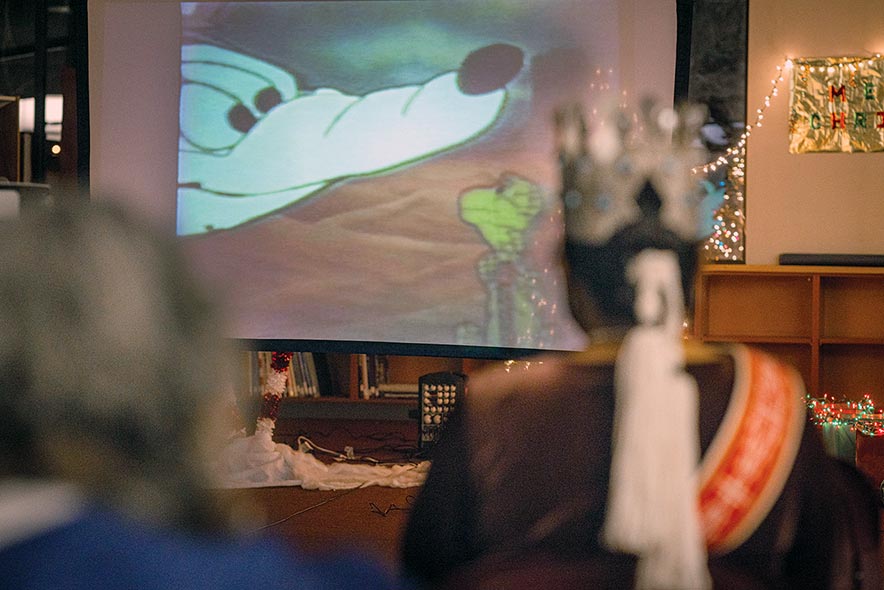 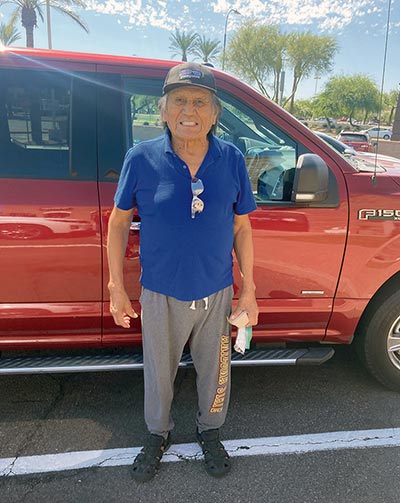 Irving Toledo, who won the role of the mischievous character, said he voiced and brought life to Mąʼii in the Navajo Coyote Tales.

“I voiced the Coyote as if it was speaking,” Toledo, 75, said in an interview Dinék’ehjígo. “The Coyote would cry out and misbehave.

“But we did audition for the role,” he said.

“My dad did some artwork and helped out with the storyline and the drawing,” Jay explained, “and the voice-over on those figures. I know he played the Coyote.”

Irving Toledo is ‘Áshįįhí. He’s originally from Chéch’il Dah Łichíí’/Nihodeeshgiizh, New Mexico, where he herded sheep before going off to Intermountain Indian School in Brigham City, Utah, for about a year.

Mose, Kent Tibbetts, the first director of the SJSD Media Center, and another gentleman of the Indian Education Center in Blanding, Utah, in the 1970s, believed that a broader dissemination of the Coyote Tales was possible in a traditional way and would serve several purposes, according to SJSD’s history.

The three men believed Diné youngsters would discover a more positive self-image by having these stories available to them in their classrooms. And thought that non-Diné students in the school district would have a better understanding of the Diné.

The animated Coyote Tales idea emerged. Because the tales attributed human characteristics to animals, the project chose animation as its audiovisual technique. But the Diné needed to have an involvement in the project.

Mose coordinated the stages of the series. Computer Image Corporation, a Denver-based firm that started in the late 1960s, offered to bring the series to life in an experimental capacity. The firm created graphics and character animation, and special effects for video.

The art students created Mąʼii and Na’ashǫ́’ii Dich’ízhii first, followed by the supporting characters. Each character personification was permitted six moving body parts assembled into one complete figure with a computer program.

Toledo became the familiar voice of Mąʼii, and Mose and Herbert Frazier filled the other animal dialogue. Jim Dandy Sr. narrated the stories.

“So, my dad was with him (Mose) on those projects,” Jay Toledo said. “In recent times, maybe over 10 years ago, he (met) with Don Mose again.”

Toledo participated in the Church of Jesus Christ of Latter-day Saints’ Indian Student Placement Program around 1966 when he was in his late teens.

He said he dropped out of 11th grade at Intermountain and stayed with his LDS foster family in Garland, Utah, for a while longer before deciding to go on a two-year mission for the church.

“I didn’t run away, I just quit,” he said adamantly about his time at Intermountain.

Toledo was called to serve in the Pine Ridge, Rosebud Nation, and St. Francis areas in South Dakota. He said his mission president transferred him to the Rocky Boy Nation in Montana, where he completed his mission, after he returned to his foster family’s home.

“Yes, I’m still a Mormon,” he said, “but I’m not active. Though I (still) read the Book of Mormon and the Bible. And I say my prayers every day.”

Toledo said he’s interested in the Kiis’áanii, Naasht’ézhí, and Diné bi nahagha’, and countless ethnic groups of the world, except for Bilagáana.

“But I’m doing good,” said Toledo, who resides in the Valley with his son.

He said his ch’ooní, the late Nina Bennett of K’ai’bii’tó.

“She and her sister were going to school at BYU (Brigham Young University in Provo, Utah,) and that’s where I met them,” Toledo explained. “Then we started dating and we moved back to Blanding after she graduated from BYU. She got a job, then moved down to Mexican Hat, Utah. And we moved back to Kaibeto where she got a job at Kaibeto Boarding School. She was a teacher there until she retired.”

Toledo said he’s a former security guard for the school and attended Northern Arizona University for a short time to strengthen his resume.

“Now, I’m at home and I read––mostly Western Horseman, and I watch TV,” he said. “I watch fighting – action. If there’s Western, I turn to that one.”

Toledo said he doesn’t tell many Coyote stories nowadays, but when he does, he gets into character because it’s important to voice a compelling, impish Mąʼii that many Diné appreciate and can relate to.

The Coyote tales aren’t much on paper as they are hearing Toledo’s interpreted performance mixed with imagination, the sound of his voice, and the Navajo language.