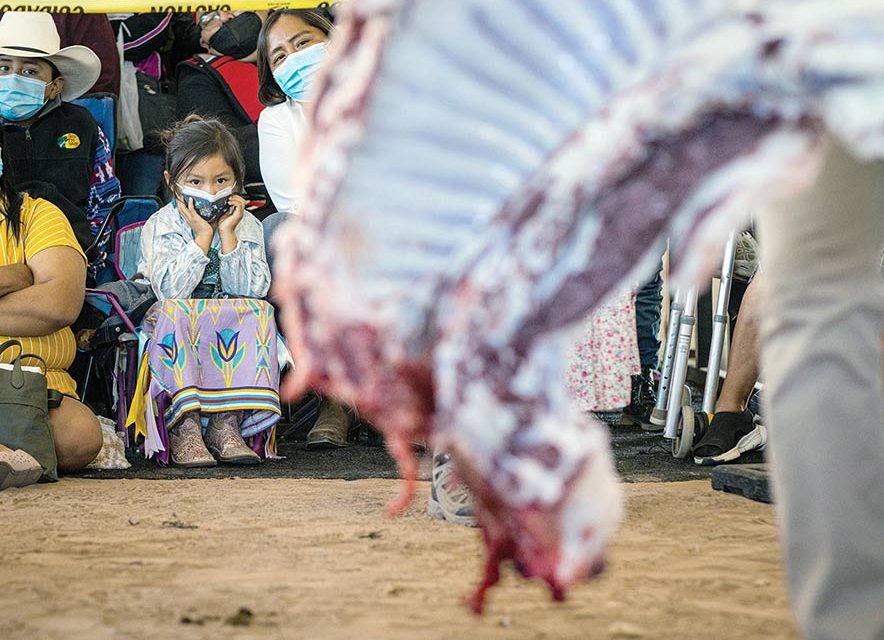 Early Monday morning, an excited and large crowd gathered under a tent near the Annie Wauneka Arena to cheer on the three Miss Navajo Nation contestants as they displayed their butchering skills and knowledge.

This is the first time since 2019 where the general public was welcomed to view the butchering and to participate in person with the Navajo Nation Fair events.

COVID-19 caused the Navajo Nation Fair to be cancelled in 2020 and in 2021 with the Miss Navajo pageant held virtually.

High vaccination and low hospitalization rates played a part in the fair and pageant returning to be viewed by the public.

There are still precautions such as masks are required in many spaces, hand washing is encouraged, as is keeping a distance from other people.

The contestants vying for the title of Miss Navajo Nation are Valentina Clitso, 25, Gypsy Pete, 25, and Breanna Davis, 22.

The role of Miss Navajo is an important one as she serves as a goodwill ambassador for the Navajo people.

‘Mother to our people’

Niagara Rockbridge, outgoing Miss Navajo, said the title of Miss Navajo is specific to whoever is crowned.

“They make it what they want it to be,” she said.

Despite every titleholder going about her reign differently, Rockbridge believes the role requires having a heart of service for the Diné people.

She also said Miss Navajo serves as a bridge between the older and younger generations.

“Bridging that intergenerational gap that is there to help communicate between the two,” she said.

Rockbridge also spoke about Miss Navajo being the “mother to our (Diné) people” and she hopes the contestants and any other future contestants know that the title of Miss Navajo Nation is in every Diné asdzaan.

“We’re all mothers, sisters, friends, cousins, aunts, to our family members and we fill those roles,” she said.

Rockbridge called the role of Miss Navajo, “very important and very personal” to each titleholder.

“You only have 365 days as Miss Navajo Nation and how you decide to make your impact is completely and entirely up to you,” she said. 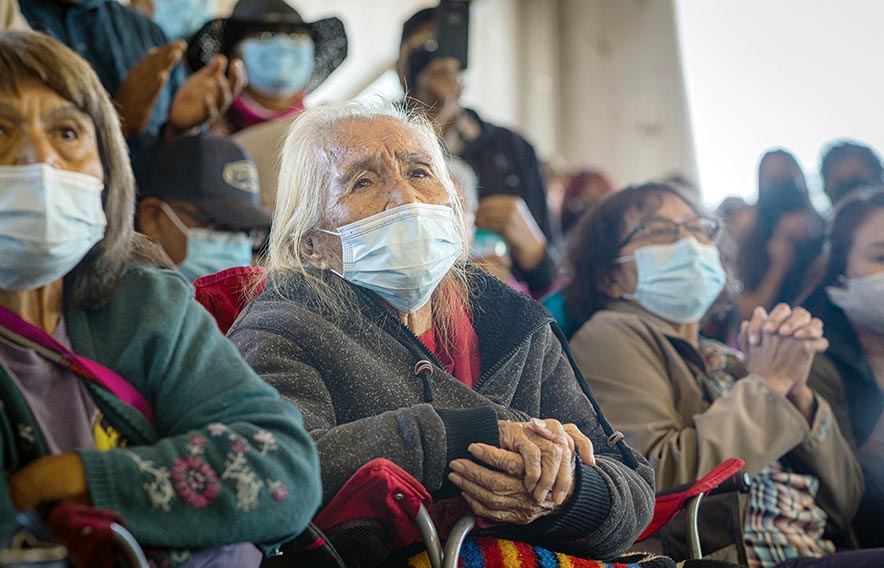 All the contestants have had life experience in butchering. They all helped with butchering as they grew up whether that be holding a leg, being a skin puller, cleaning the abid (stomach), or fully taking charge of the knife.

Davis said while she always helped with butchering, she only recently began cutting the neck of the sheep and being the one with the knife.

“I think this past year is when I really started stepping up into being the one who cuts the neck and being the one with the knife and in charge,” Davis said.

On the opposite end, Clitso has been butchering on her own with the help of her sister since she was younger due to her grandmother teaching her.

She now butchers “all the time” either for her family or for her community members in Black Mesa.

While Pete has been butchering for the past two years, she has learned many different ways of butchering and finds a way to use these techniques.

“People from different agencies and different communities all butcher very differently so I got the opportunity to learn from various communities so I incorporate all of that in my butchering,” she said. 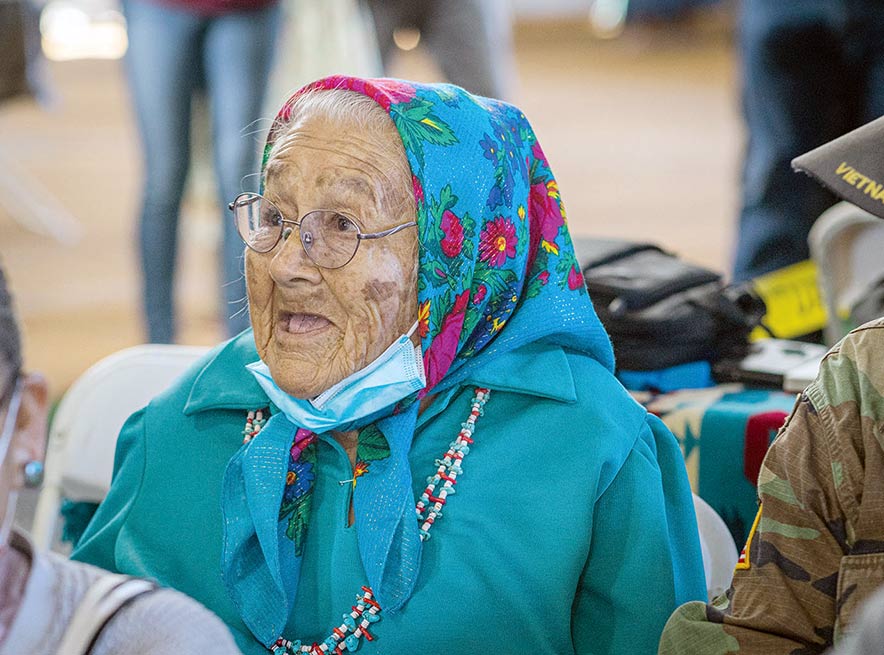 The butchering competition took place in front of a packed crowd. However, the contestants said it was not much different than butchering at home.

“It (the butchering competition) didn’t feel that much different (from butchering at home), actually,” Clitso said. “My family was there and they were right in front of me and I just did what I usually did at home.”

Davis and Pete had similar sentiments to Clitso and said butchering in front of a crowd was not much of a problem.

Davis even joked about her family being loud when they butcher so background noise was not a problem for her.

However, one difference Davis and Clitso agreed on was the time limits and categories during the competition.

The categories were divided this way to give all contestants an equal opportunity and to let them rest between categories so they would not get tired early.

Clitso said she was not used to butchering being divided into categories like this.

“Usually I’m a person that does the butchering in a fluid motion so I don’t usually wait in between the sections,” she said. “I just finish because I don’t like the sheep to settle before I finish butchering.”

Davis held the same sentiments and said she was not used to time limits.

Clitso finished skinning her sheep and had it ready to hang up at 18:42 minutes and she was the first to finish the gutting and meat division.

The results of the butchering contest will be announced at the coronation of the new Miss Navajo on Saturday night.

While the butchering competition only began in the 90s, it was incorporated to represent how important sheep and sheep butchering are to Diné.

“Dibé éí iiná, sheep is life,” Pete said. “We get our clothing from it, we use the dibé aghaa’ for clothing, for blanket, for yarn. It brings family together and, of course, it brings food as well.”

Clitso held similar beliefs as Pete and emphasized the importance of butchering and said one sheep can feed a small family for a month.

“Just providing food for your family and other families too,” she said.

Davis spoke about the mental, spiritual, and physical toughness that is needed when it comes to butchering.

“When you’re butchering, you’re using all of those skills,” she said. “It’s how swift you are, how careful you are and then your also supposed to pray for the sheep as well.”

Rockbridge echoed Davis’ comments about how sheep butchering is a “true tie to who we are as Indigenous people.”

“As you can hear, there are teachings, there are songs, there are prayers related to the sheep,” she said. “Hearing and seeing that demonstrated by young women who are wanting to become Miss Navajo Nation really brings joy and hope to each and every one of us.”

More information on the times and places of each competition can be found on Facebook.