Testing a recipe for blue-corn cupcakes 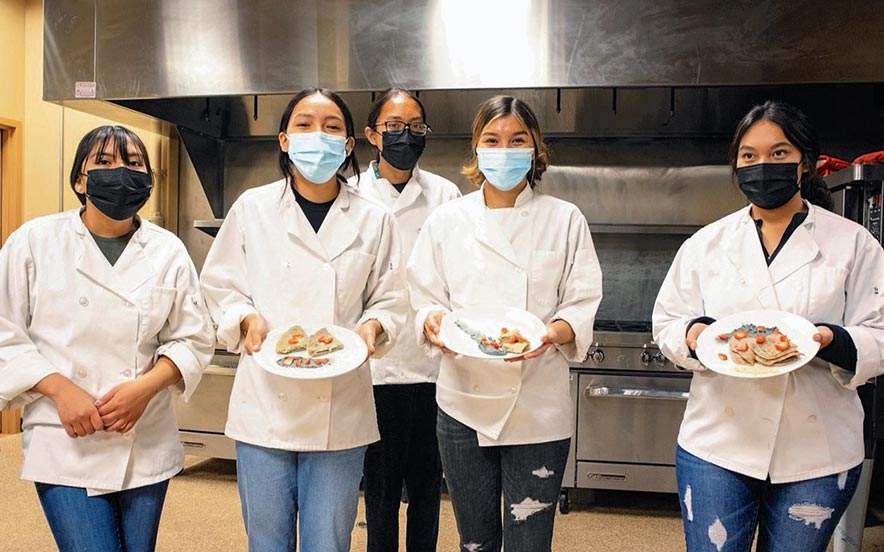 Blue corn is an open pollinated flour corn that contains soft starches which is useful in baking goods.

A 1990 nutritional study found the protein content of blue corn to be 30% higher than regular corn.

Blue corn has been closely associated with the culture and life of Southwest tribes.

This report highlights one of these occasions in which a white cake recipe is modified by substituting flour with blue corn to create a tasty blue-corn cupcake.

The culinary program has been running these cultural cooking activities that include Indigenous culinary delights for the last four years and this year the students were just as eager as past labs to get started on this recipe.

The cupcake recipe was an evolutionary experiment that took numerous attempts to try and perfect considering using substitute ingredients makes for challenging results. But that is half the fun!

Culinary student Cheyanna Gray summarized the prep time as being roughly 15 minutes and cook time about the same. The ingredients and cook times are plus or minus as the culinary lab is equipped with a commercial convection oven, so you will need to experiment with your own kitchen and oven capacity.

The end result is a delicious, grainy, textured delight similar to a whole-grain muffin with a lot less sugar and a few earth notes.

The sweet flavor is provided by the cream cheese topping, so the option to adjust confection levels is based on the tasters liking making for a less calorie dense snack.