Working to save ceremonies, hataaliis

The Navajo Traditional Apprenticeship Program was founded in 1998 by the Division of Diné Education and legislation was passed to fund its operation annually through the Navajo Nation Trust Fund for Vocational Education.

The primary reason for its creation was the diminishing number of ceremonies and traditional practitioners/healers.

Eddie Tso, former director of the Office of Diné Culture and Language, had a vision of starting the apprenticeship program to help preserve ceremonies and was key in bringing a large group of leaders together to champion it.

The program was set up to connect apprentices with medicine men, offer a monthly stipend to both if they committed to a four-year contract, and put a priority on ceremonies that were endangered or at risk of extinction. 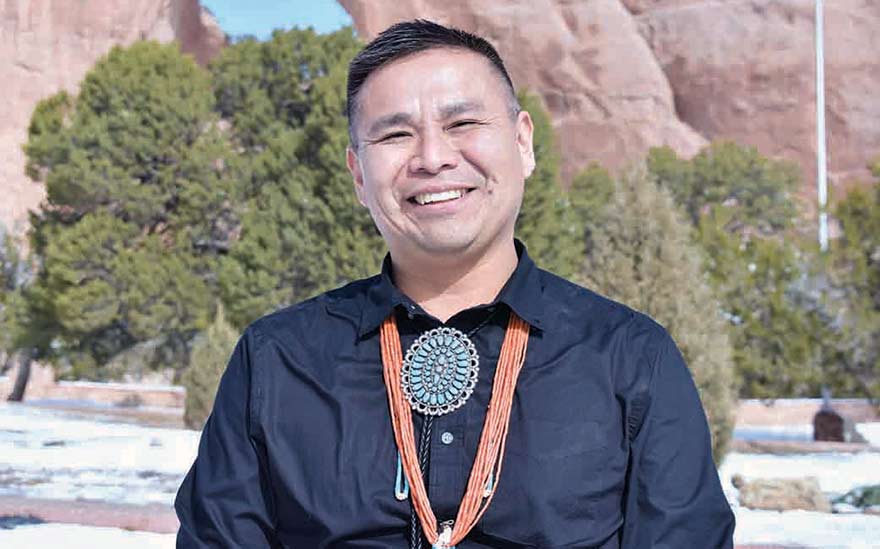 Today, the program still exists, and the stipends are $350 for apprentices and $400 for practitioners per month.

While that is not a lot of money, it can cover basic costs like travel expenses and supplies. NTAP receives approximately $195,000 annually that is earmarked just for stipends, and any unused monies roll over to the next year.

The NTAP, which had become dormant for a period of years, was revived in 2011.

Senior Education Specialist Dmitriy Neezzhoni came on board at DODE and was chosen to manage and monitor NTAP because he was knowledgeable about the ceremonies and spoke Navajo.

Neezzhoni came to Window Rock, planning to work for one year, but one year turned into seven and today he says his work is still not finished.