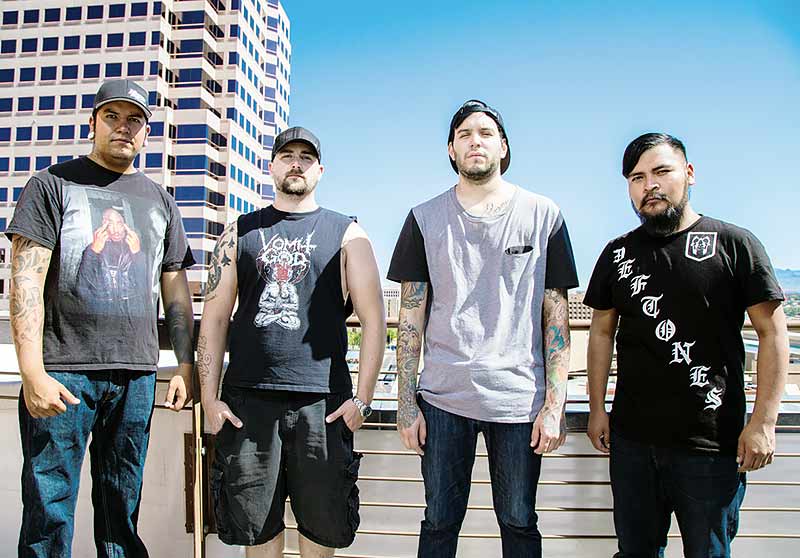 Eat a Helicopter flies on with apocalyptic music

With nearly 10 years under its wings, metal band Eat A Helicopter is nowhere near bringing down the bird for good.

Going from a two-piece band in 2006, to a five-piece tour ready group shows the Albuquerque-based Eat a Helicopter (EAH) band is just taking off.

“We’re ready to take on the world,” said Lead Guitarist and Founding Member Leon Garcia (Navajo/Hispanic). “We have a lot of tour experience now, and we have excellent tour-quality gear.”

Since EAH’s inception they’ve released three albums: The Pessimist (2008), Descend Into Darkness (2010) and Evolution of Violence (2013).

Garcia, 27, said he formed EAH right after high school in 2006 with a friend who played the drums.