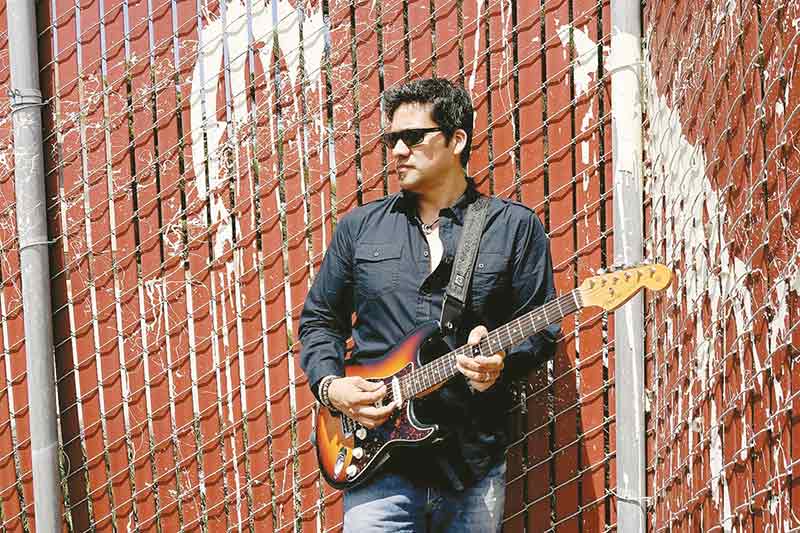 The Nakota Yankton Sioux blues frontman Mato Nanji and his band, Indigenous, are coming to the Southwest.

The powerhouse band, made up of American Horse, Bronson Begay and Doug Platero, hit the stage in Phoenix Wednesday and will be in Gallup for a one-night stint at the DownTown Conference Center tonight (Thursday).

The band will then head to Aztec tomorrow and play at Crash Music. Their last stop will be at the 4th annual Taos Mesa Brewing Blues Bike Festival in Taos, New Mexico, Saturday.

Nanji, 42, said they’ve also been working on their new album, which they hope to release this summer.

“We’re looking forward to coming back to the Southwest,” Nanji said in a phone interview. “It’s been about a year or more since we’ve been there. We’ll be supporting our new album when it comes out.”

Nanji, who makes his home on the Yankton Sioux Reservation in Marty, South Dakota, with his wife, Leah, and their six children, said the upcoming album will be a mix of blues and rock.

The album will be their ninth since the band debuted with their first album, “Things We Do,” in 1998.

Nanji said the band will be on the road for most of the year, taking short breaks in between.

Knifewing Segura, owner of Gallup DownTown Conference Center, said he is excited for the band to rock the stage