Diné actor lands role in ‘Killers of the Flower Moon’

Diné/Omaha/Oglala Lakota actor Tatanka Means will be part of a cast that includes Robert DeNiro and Leonardo DiCaprio in Martin Scorsese’s “Killers of the Flower Moon,” several industry publications announced this week. 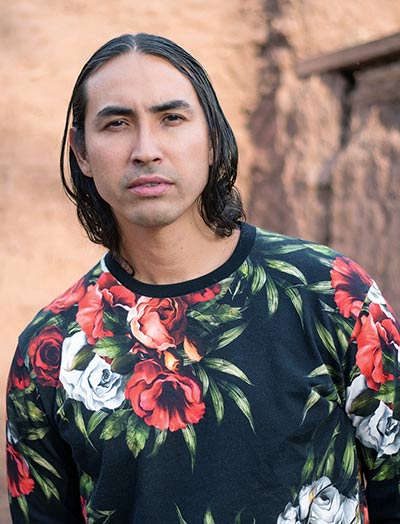 Means, 36, will play John Wren, one of the country’s first Native American federal agents, who went undercover to help solve the cases of oil-rich Osage women who died mysteriously, along with some of their family members, after marrying white men in the 1920s.

The story is based on the 2017 non-fiction book of the same name written by David Grann.

Means said he read the book two years ago when he heard it was being adapted for the screen, hoping to be a part of the project. Like most Americans, he was unfamiliar with the historical event, known in Oklahoma as the “Reign of Terror,” until he read Grann’s book.

While Means comes from a comedy background and likes to stay on the positive side of life, he knew this awful story was one that needed to be told and he’s grateful to be part of that.

“It’s a story full of trauma, but it’s an important story,” he said. “It’s an issue that’s still relevant today, with the MMIW and MMIP movements.”

He’s also happy to be playing Wren, the character he felt most drawn to while reading the book.

“He was probably the first Native to be part of the FBI, and you can’t really find much information about him,” Means noted. “This guy deserves a movie of his own.”

While Means, who’s probably the hardest-working Native actor in the country, has racked up more than 40 credits in his 16-year career, “Killers” is “definitely a milestone,” he said.

“I’m elated to be working with Scorsese, who’s done so many of my favorite movies, and of course DeNiro, DiCaprio, Jesse Plemons …” he said. “I’m really grateful and proud to be representing the Navajo Nation on this project.”

Originally from Chinle, Means was most recently seen in the mini-series “The Liberator” and “I Know This Much Is True,” along with an episode of “FBI: Most Wanted.”

His current projects include “Canyon del Muerto,” “ARK: The Animated Series,” “Surrounded,” “The Chickasaw Rancher” and “The Windigo,” along with narrating an audiobook, “Ridgeline,” by the author of “The Revenant.”

The book is about the 1866 Fetterman Massacre, in which Crazy Horse and a handful of Lakota warriors lured a detachment of 81 U.S. soldiers into an ambush and killed all of them.
Means said narrating the story stretched his acting chops as much as any movie.

“You wouldn’t think just reading a book aloud would be hard,” he said, “but the story is told from all the different perspectives and you have to get into the minds of the different characters.”

Means is just finishing up that project and will head to Oklahoma to film “Killers” possibly as early as next week.

“Looking forward to being among my Osage relatives in Oklahoma for the next few months,” he posted on his Facebook page. “Thank you all for your love and support.”