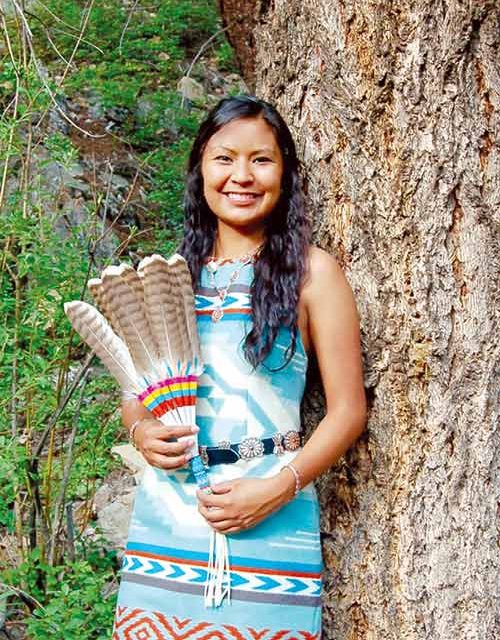 Kenaba Hatathlie, 18, from Kirtland, N.M. is one of 13 UNITY Earth Ambassadors. Hatathlie will begin at Stanford University this fall majoring in earth system science. (Courtesy Photo)

Nadira Mitchell, 14, from Tucson, Ariz. is a 2015 UNITY Earth Ambassador. Mitchell said being an earth ambassador gives her the means to help out her community. (Courtesy Photo)

Kenaba Hatathlie, 18, from Kirtland, N.M. is one of 13 UNITY Earth Ambassadors. Hatathlie will begin at Stanford University this fall majoring in earth system science. (Courtesy Photo)

After over 20 years of not being able to host the UNITY Earth Ambassadors Leadership Program due to the lack of funding, the United National Indian Tribal Youth, Inc. is proud to announce its new lineup of earth ambassadors.

UNITY was able to reestablish the program because of additional funding from the Shakopee Mdewakanton Sioux Community, and now for the first time in 23 years 13 students have been named Earth Ambassadors, three of which are Navajo.

“We are so pleased that this valuable and important program has made its return to UNITY, providing our Native youth leaders an opportunity to further enhance their skill set in environmental stewardship,” Mary Kim Titla, executive director of UNITY, said in a news release.

Erica Woody, 19, from Kirtland, N.M. , was named one of the 2015 UNITY Earth Ambassadors. She is one of three Navajo students named an ambassador. Woody is currently a student at Arizona State University. (Courtesy Photo)

Kenaba Hatathlie, 18, and Erica Woody, 19, both from Kirtland, N.M., and Nadira Mitchell, 14, from Tucson, Ariz. have been named Earth Ambassadors for UNITY.

In order for the students to be considered for the ambassadorship, they had to be nominated by a community member, demonstrate leadership potential, interest in protecting the environment, and experience and participation in community service projects.

“I’m definitely excited and I can’t wait to see what I can learn and what I can do for the environment on the reservation,” Woody said.