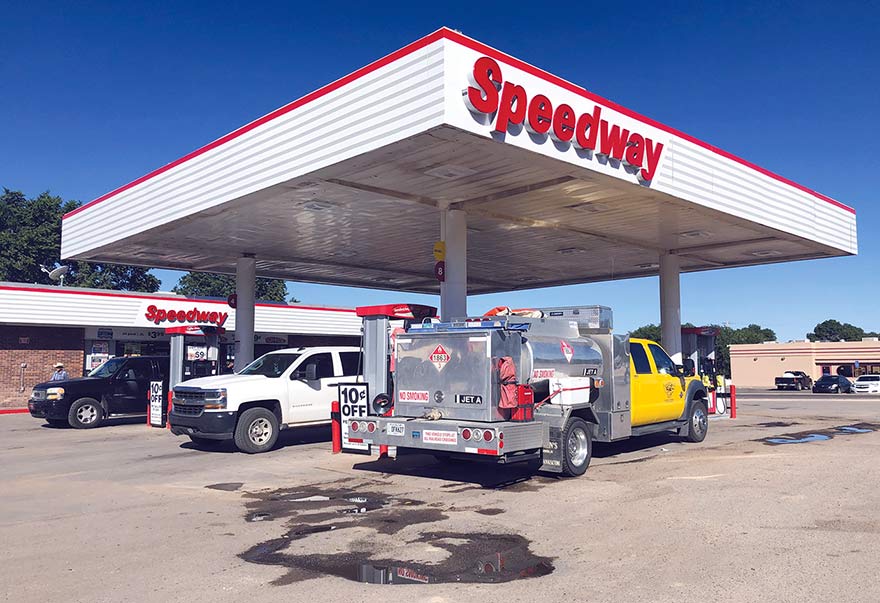 Unless you’re completely oblivious, you’ve noticed the red “Speedway” signs popping up all over the rez above what used to be Giant gas and convenience stores.

No need to panic, says V.J. Smith, government and public affairs director for Giant of the Four Corners. The company has a new parent company — Marathon Petroleum — and the stores are being rebranded, but most things won’t change.

“The stores will be managed by the same people, the employees will be the same, and we’ll continue to source our fuel from the same source, Gallup Refinery,” Smith said.

What will change? State-of-the art security at the pumps to prevent “skimming,” a few new proprietary food items, and new in-store computers. Your Giant reward card will no longer work, but “I think people will like our new Speedway rewards program,” Smith predicted.

Also, all management trainers who train on the Navajo Nation will get cultural training from former Navajo Nation Councilman Mark Maryboy, who also has been visiting chapters to tell them about the changeover.

Maryboy said the trainers are taking their classes seriously, asking for the correct pronunciation of “Yaa’aat’eeh” and wondering how to dress appropriately so as not to offend traditional patrons.