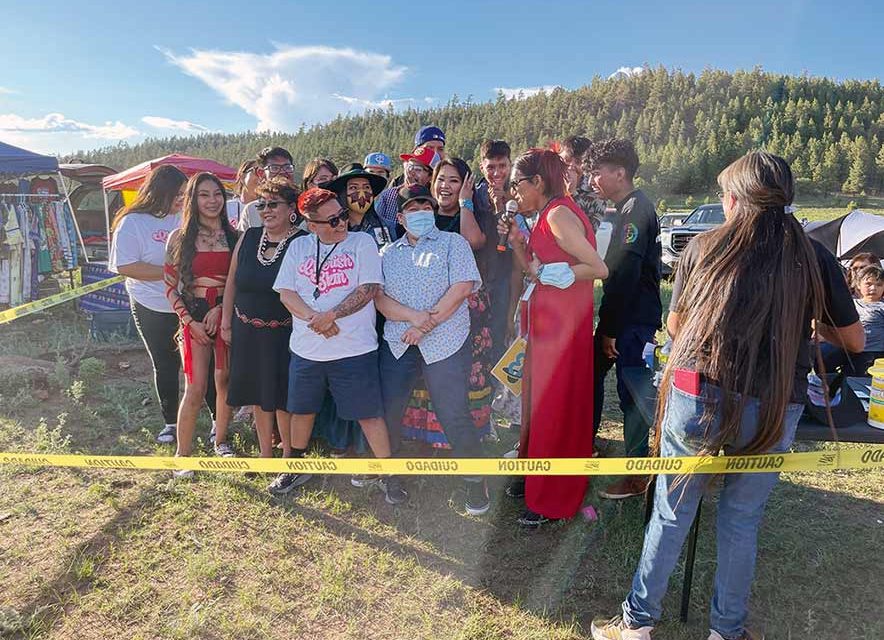 Jalen Woody | Navajo Times All of the TikTok’ers at Indigi-fest stand together as Brandon Nelson speaks at the July 16 event.

Indigi-fest was a success when it occurred on July 16 and was attended by many people.

The event was held 12 miles west of Sheepsprings on State Route 134 in the Chuska Mountains.

The event was organized by Diné TikTok creators Jeff Bryant and Nicole Sam who came up with the event as a joke during Gathering of Nations Powwow.

Soon after they joked about it, the event grew and gained attention from Native vendors and other TikTok creators.

In a previous interview with the Times, Bryant said he hoped the event would become an annual celebration and many attendees felt the same way.

Sandra Whittington, a Diné beader and silversmith, originally heard about the event from event from Bryant.

She attended the event as a vendor and sold beadwork. She hopes the event continues to happen annually to bring Native people together.

“A lot of our community doesn’t get together as much so it’s like a blessing to see it all happen again instead of just the Gathering (of Nations),” Whittington said.

When it comes to TikTok, Whittington believes the platform has been a good app for Native people to represent themselves.

“We (Native people) get titled to being like bad and it’s nice to see that we actually have a platform from TikTok to speak on our heritage and spread awareness around and to tend to young ones,” she said. 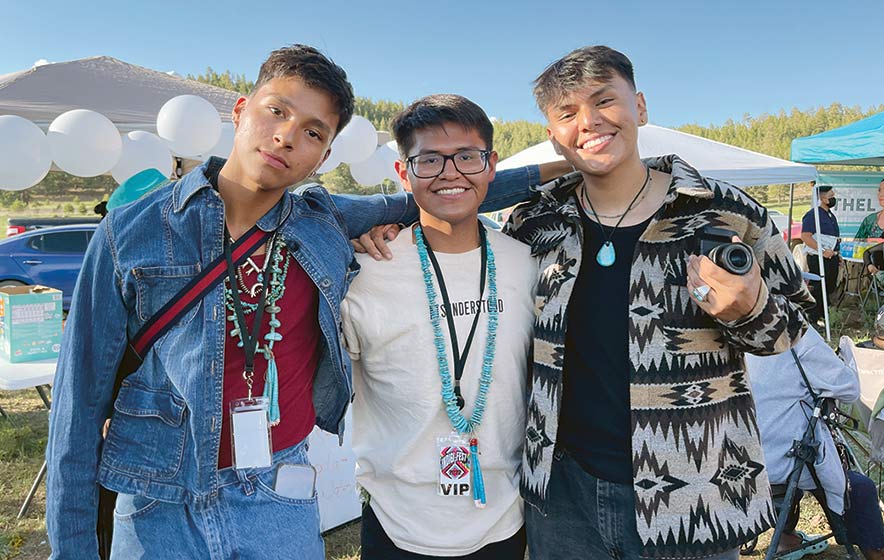 Cherish Yazzie-Hart, founder and creator of Cherish Skin, had the same views as Whittington when it comes to the benefits of TikTok.

She originally began her business since 2019, however, it began getting attention when she started her TikTok at the end of January of this year.

Yazzie-Hart said most of her current customers have heard about her products through TikTok and the creators she has recruited to help promote her products.

In fact, Nicole Sam, one of the event organizers, is a current skincare ambassador for Cherish Skin.

“TikTok is beneficial because I feel like the media platform is there to get the word out about your products, about your business, about your craft and things like that,” Yazzie-Hart said.

Indigi-fest was also beneficial to her because it was the first event for her business.

Ethel Branch, candidate for Navajo Nation president, also attended at the event. She has used TikTok throughout her campaign.

She believes that TikTok allows Native people to write their own stories.

She also expressed that she would love to see more festivals like Indigi-fest that are oriented to younger people.

“I want to see more festivals here in our community especially for younger people and like music and art oriented so it’s really exciting to be here,” she said.