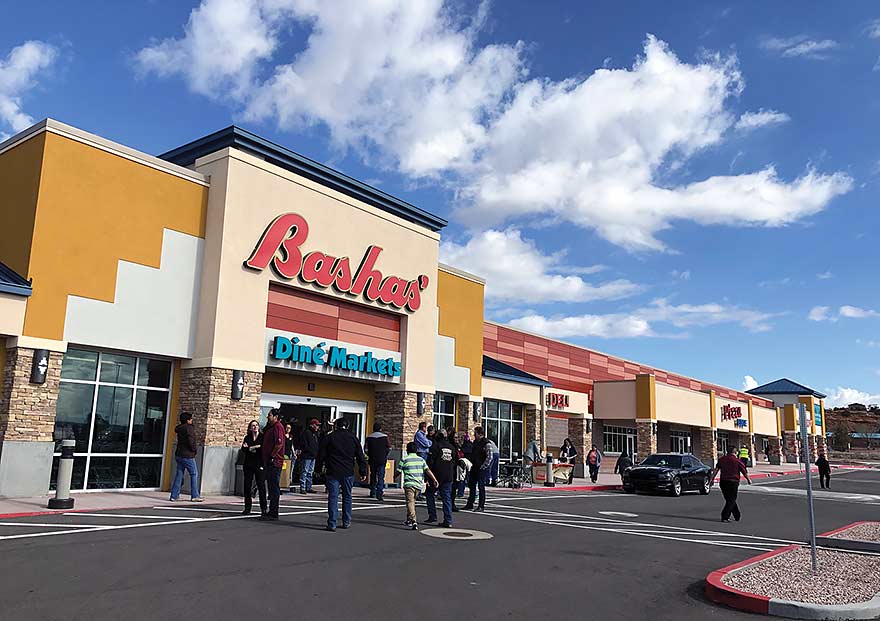 Most people wouldn’t think of Nahata Dziil Chapter as particularly remote — after all, it’s right on I-40.

But to get basic services like grocery shopping and laundry, the residents of the New Lands had to travel nearly 45 minutes east to Gallup, west to Holbrook or over an hour south to Snowflake, Arizona.

Those days are past. Wednesday, a spanking new shopping center opened its doors at the Sanders exit.

The $11 million building contains a Bashas’ supermarket, a Pizza Edge and an automatic laundry.

“Seeing is believing,” said Delegate Raymond Smith. “I could pinch myself. Never have I envisioned this.”

Smith stood before his fellow Sanders residents and pointed out where a post office once stood but now is the site of the new Nahata’ Dzil Shopping Center.

“There’s no more Red Barn,” said Smith to a cheering crowd. “We are done with that. We are clean now!” It was only four years ago when the small community was in a battle with Red Barn Liquor owner Gary McDonald. Having been imprisoned for felony drug charges, McDonald had tried to give his associate his liquor licenses in order to continue running his three liquor establishments.