A single mom on SWAT team 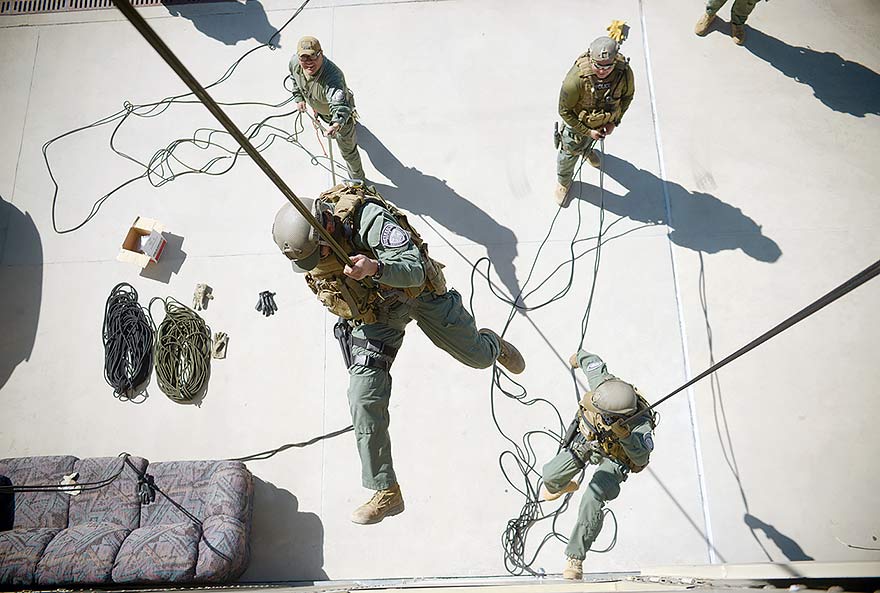 Her blood type, O-positive, is stitched into her ballistic Emergency Response Team vest — in case emergency personnel need to know as soon as possible.

The breeze is cold but that doesn’t bother Gallup Police Officer Nicole Diswood, 26, as she trains with seven other ERT officers making a vertical assault entry from the rooftop of a multiple-story building. After graduating from Farmington High, and serving in JROTC all four years of high school, Diswood enlisted and trained at Ft. Leonard Wood, Missouri, to be part of the military police.

“I joined to get out of Farmington,” she said. “I wanted to travel and I wanted to be on my own.” More than eight years later, she serves with the New Mexico National Guard’s 126th Military Police Company.

She has worked as a welder’s helper and these have toughened her so the cold breeze does not faze her. The single mom of a 5-year-old boy wasn’t always jumping off edges of buildings strapped to a rope with a rifle in hand, training to rescue hostages from bad guys. Prior to becoming a police officer, she often wondered what she could do for her little family.

She worked many jobs, like waitressing and being a cashier, to support herself and her son. But working odd jobs wasn’t enough to put food on the table.