The Page mayor is apologizing to the Diné after posting a photo and making comments on social media in which he said he wished the Navajo Nation president would battle alcoholism as hard as he does the coronavirus pandemic.

“I apologize if I’ve offended people,” said Levi Tappan, who became the mayor for the city of Page in November 2018. “My intentions were: We need to work together and not just one side.” 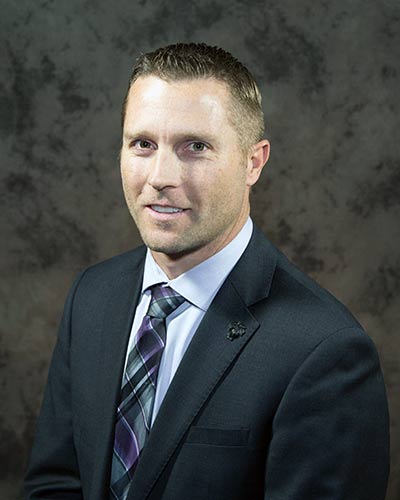 It all started when an administrator of the Facebook group “Page Arizona Community Bulletin Board” shared Council Delegate Kee Allen Begay’s Facebook post about Tappan’s April 29 letter to President Jonathan Nez. The letter asks the Nez-Lizer administration to team up with the City of Page during this unprecedented time and to implement a joint plan to allow access to Antelope Point Marina, Antelope Canyon, and other tribal parks.

The post started receiving reactions and comments, one of which was made by a Diné woman who commented, “He’s busy fighting hard for our people” along with a photo of Nez wearing a mask and gloves and touching the window to greet an elderly woman wearing a surgical mask.

Tappan hours later replied to the woman’s post: “I wish he would battle alcoholism as hard as COVID19” with a photo of a group of Diné sitting under a tree in the town’s breezeway near Blue Buddha Sushi Lounge. The photo – taken from a vehicle – is of a group of Diné men and women, some of whom are dealing with substance abuse and mental health issues.

“Levi Tappan this is very classy!!” wrote another woman. “You should know he has no control over people and the alcohol/drug addiction they have … as much as you do with the people here in Page!! Clearly the agendas here are very different!!”

“This isn’t right!” an individual wrote in capital letters. “We might not all be on the same boat but my God we are in the same lake and the only way to get through this is with each other!!”

Tappan later edited his comment: “I wish we would battle alcoholism as hard as COVID19. I apologize President Nez … for the misunderstanding.”

The group administrator turned off commenting for the post shortly after the heated comments appeared.

“Yeah, I know that COVID-19 is deadly,” Tappan said in an interview with the Navajo Times on Sunday morning, “but my comments were that we should work together in all of our problems and alcohol is more deadly than COVID-19. So, I was hoping we could work together on stuff, but that’s not what came across.”

Tappan said he meant to say, “I wish we could use as much resources as we’re using for COVID to combat alcoholism in both (the city and in the Navajo Nation). I don’t think it was deleted, but (the administrator) turned off the commenting so I couldn’t explain the comment anymore. I’ve tried to reach out to President Nez. We’ve got to work together.

“The virus isn’t going to stop at the border. That’s’ what I was trying to get across, but I didn’t do so well.”

In a text message to the Times, Nez said elected leaders should be working together to unite people, especially when the coronavirus is claiming so many lives, instead of tearing one another down and singling out Native Americans in regard to alcohol issues.

“Yes, we recognize that there is a problem and we stand ready to work with Mayor Tappan to address the issues rather than writing insensitive comments to our constituents on social media,” Nez said. “As the mayor of (Page), his comments have far reaching implications and influence on the relations between Navajo people and the City of Page.”

Nez said he invites Tappan to work with Diné Bikéyah, saying, “Let’s come together and show our children a better path – one based on mutual respect and love for all people.”

Tappan said he’s received threatening messages from a number of Diné since last night and all morning.

“Stop ignorant,” reads one message he received that he shared with the Times. “Leave Page, Page belongs to Navajo and it was wrongfully purchased.”

“Piece of s–– he is,” reads another message.

“This guy just needs to stop!” reads another post made by a woman. “Damage done, now just be quiet!!! We already saw the idiocy in the ‘Page’ leader.”

And one that he never thought he’d hear: “F––you, white boy.”

“It was not my intention to start a race war,” he said.

Page is about 75 percent Native American and 25 percent non-Native, according to Tappan, who served in the U.S. Marines with Diné, many of whom he considers friends.

“I never asked for tour companies to be open, I just asked for –– to work together with President Nez when he feels it’s safe,” he added.